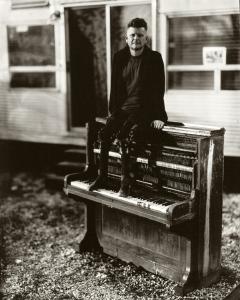 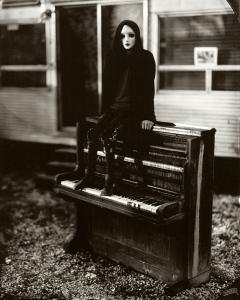 Tim Husmann works with the meticulousness of a Reznor or slow play masters Godspeed You! Black Emperor, wrapping each of his astral post-punk pieces in airy layers of cosmic synthesis.”
— Jon C. Ireson

AUSTIN, TEXAS, UNITED STATES, July 8, 2021 /EINPresswire.com/ — Austin, TX-based Singer Songwriter 1st Base Runner continues his flurry of new releases with new single “Break Even” on July 9, the 3rd track to be released from forthcoming album ‘Seven Years of Silence’ (due July 30). A music video by Matt Mahurin (Tom Waits, Peter Gabriel, Alice in Chains) will also be released on July 9.

1st Base Runner’s outsider artistic vision is colored liberally with the melancholy, gothic and avant-garde. Tim Husmann works with the meticulousness of a Trent Reznor or slow play masters Godspeed You! Black Emperor, wrapping each of his astral post-punk pieces in airy layers of cosmic synthesis.

From the Artist:
“This song is about the expectations other people place upon us in life. This could and should include life partners, parents, and authoritarian figures in general. It is written from the perspective of an adolescent trying to find meaning in the world. It attempts to reconcile the void between what is often given as advice and the underlying truths of what it means to be human and to be at peace with one’s existence. This is also intertwined with other people’s interpretations of a vengeful creator and the pitfalls of projecting anger on the behalf of a deity. The instrumental sections of the song are intended to carry the listener away and into the deeper chasms of meaning and purpose.” – Tim Husmann/1st Base Runner

“Your music is gritty and groovy, haunting and hopeful, mysterious and modern.” —Matt Mahurin

The “Break Even” music video is truly a visceral opus. Matt Mahurin goes into the gritty origin story of 1st Base Runner with compelling, charged imagery which the viewer can use to explore “the deeper chasms of meaning and purpose”, as the artist intended.

1st Base Runner’s debut EP Seven Years of Silence is out July 30th, 2021 on limited edition vinyl LP and all major streaming platforms.