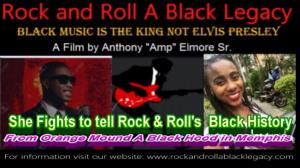 Uhura A Black Activist fights for her Black Community of Orange Mound In Memphis. She proves that Rock & Roll Music is a Black Legacy. Elvis as King story challenged. 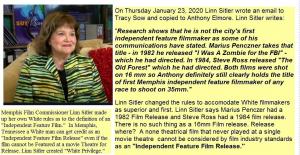 White Memphis Film Commissioner Linn Sitler used her position to practice White Supremacy and Racism via calling White produced 16 mm Films of the early 1980’s as Independent Feature Films. She created White rules. Only a 35mm Film can be featured on a movie Screen. 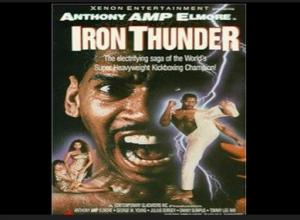 “As the first community developed in the United States to enable African-Americans to purchase land and homes, it played a groundbreaking role in driving progress at a difficult time.”
July 2, 2015”
— Barack Obama Jr.

MEMPHIS, TENNESSEE, UNITED STATES, July 22, 2021 /EINPresswire.com/ — While the Oscar-winning director Spike Lee made history as the first Black President of the jury at the Cannes Film Festival in France in July of 2021, his impact is felt in the first Community in America built for Blacks by Blacks called “Orange Mound” that started in Memphis, Tennessee in 1879. Thanks to the influence of Spike Lee “Orange Mound is the Birth Place of Modern Memphis Filmmaking.” Anthony “Amp” Elmore a Black Memphis community activist is best known in Memphis, Tennessee as the “Five Time World Karate/Kickboxing Champion.” Elmore won the World Kickboxing title on E.S.P.N. said “Its men who makes titles and Titles do not make men.”

Elmore followed the path of Muhammad Ali and he dedicated his life to building his community. In 1986 when Spike Lee released his Black and White Independent Film “She Gotta Have it” Elmore ‘s prayer was to make a difference in his community. Elmore noted I was this “skinny little kid” who became a World Champion because I was scared. Elmore explains I was so afraid of getting hit that I developed a defense of running in the ring whereas the other guy got tired trying to catch me. I developed a defense because I was scared of getting hit. By learning how not to get hit I learned how to win and become a world champion.

Elmore experienced the changing Black America in the 1970’s while Black youth engaged in traditional sports like Football, Basketball and Baseball we who did Karate and practiced Eastern culture were an untold Black America.

Elmore who started practicing Karate in the 1970’s became like a “Black Japanese who lived by the Bushido Code.” The Bushido code is the “Way of the warrior.” Elmore like Tina Turner joined the Nichiren Buddhist sect that helped Elmore to reform his philosophy and find the “America Dream.” Elmore quit college at Memphis State in 1972 to join the “Black Movement” with James Bevel. Bevel was the strategist for Dr. Martin Luther king. James Bevel was the brainchild of the the “Selma to Montgomery March” noted by Civil Rights icon the late John Lewis.

Elmore like most people who grew up in Memphis Elmore had no idea of the history and significance of “Orange Mound being the 1st Community in America built for Blacks by Blacks.” After seeing the “Spike Lee Movie” in 1986 Elmore thought about other young Black men in America who like himself , lacked confidence. Elmore was laughed at and even criticized and called crazy even by his own father. Despite the challenges Elmore becomes a World champion Kickboxer. In retrospect Elmore could laugh and tell a story about his life and Kickboxing that was outright funny.

It was in July of 2021 that Anthony “Amp” Elmore is now just realizing the significance and importance of his filmmaking that started in the historic “Orange Mound Community” in November of 1987. It is only recently that Elmore became aware of the horribly brutal effects of Memphis White Supremacy and Racism and how it has affected not only his career as a “Black Filmmaker,” Elmore notes how White Supremacy and Racism has affected filmmaking in Memphis, Tennessee.

Elmore explains that I got until September 21, 2021 to register my 1988 Memphis film with National Film Registry of the Library of Congress that honors films for it historical and cultural significance. Elmore explains that it is incredulous that I am the only Kickboxing World champion who not only have a movie about his life story, I am the only world champion who plays himself and chronicles actual Black Karate practitioners in a film. Anthony “Amp” Elmore is the world’s 1st Superheavyweight World champion. When Kickboxing started in America there was no category of “World Superheavyweight Champion.”

The film stars Jae Tiana as Uhura Imani who was a Dunbar Elementary student and Melrose high graduate scholar/Athlete who marries the son of a Kenyan diplomat, whereas she divorce and brings African culture, Kickboxing and Black History to “Orange Mound.” She creates this large home based cultural and education center in Orange Mound. She learns that Elvis Presley use to hang out in Orange mound and he got his music from Black people.

From Kickboxer to Film Producer/Director