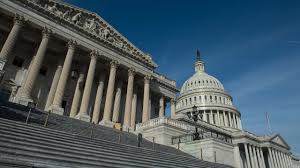 Although many people don’t pay attention to the software license agreements (SLAs) they sign, many software companies rely on them to collect payment from customers and produce income. Today, four such firms, including two with notable cloud computing revenue, will testify in front of a congressional committee to determine whether they’re complying with these legally binding contracts.

Google, Adobe Systems, Amazon Web Services, and Microsoft are set to meet with lawmakers today, as part of the House Committee on Ways and Means Subcommittee on Trade and Production to decide if they meet criteria for violating anti-trust laws. The subcommittee wants to know whether the big tech companies are using these agreements to entrap users into unfair terms, because according to the law, the SLAs must be balanced and fair.

Indeed, the law requires Microsoft, Amazon, Google, and Adobe to avoid monopolistic practices in the way they handle users’ access to their software. If this law isn’t consistently followed, a company like Apple could theoretically be in violation. But currently, the outcome seems likely to be negative for the big tech firms.

The use of technological advantages (which typically include having monopoly technology in a particular market) to abuse customers. This could be done through shady tactics such as some vendors setting up multiple pricing structures and features in search pages, and making it difficult for users to switch to a lower-priced option. The second violation could happen if the products in question infringe on a competitor’s patents.

The main roadblock to stopping these violations of anti-trust laws in software has been lack of data — the data that the companies themselves compile about how people use their software. Due to that lack of hard data, the subcommittee is basing its judgement on qualitative language of agreements and the volume of downloads in these companies’ workflows.

Last September, though, this gap between data collection and analysis has begun to narrow.

Yahoo, which sold its web traffic to Verizon, announced plans to publish usage data in recent transactions. As of this January, between 2010 and 2018, these transactions served up over 160 billion “misuse reports”, which will now provide insight into users’ using these apps. This content will continue to increase, as these reports fill even more data about the user.

Consumer data is becoming more and more valuable, so if big tech firms are found to be abusing their customers through these terms, their future revenues will be at risk.