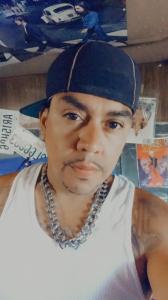 Lighting up faces and rooms with his outstanding music compositions, emerging artist AR15 can be seen becoming the next big hit in the world of music

SAN BERNARDINO, CALIFORNIA, UNITED STATES, July 7, 2021 /EINPresswire.com/ — Up-and-coming artist Angel Ray Torres aka AR15 is a brand new addition in the world of Hip Hop. With the recent release of over 2 dozen singles, AR15 has stormed into the scene. As a U.S. Marine, Torres has the dedication and work ethic to achieve his goals of reaching people and winning their hearts with his music.

Working since a very early age, the artist devoted his entire life to his love and passion for music. He goes around a bunch of genres, while having incredible excellence in the genre of Hip Hop. The music he has released so far can be perfectly described as feel good music. Heavily dominated by lively tunes and groovy beats, the songs are an incarnation of a good, happy time. The rich melodies packed together with enchanting guitar riffs are something out of their own league. One can say that AR15 has done a great job with these compositions, as they never fail to light up the rooms they get played in, completing turning the moods of listeners into happy ones. The upbeat melodies and rich vocals never fail to bright up people’s faces. All the songs are crafted in a way that after hearing the first couple of seconds, the listeners can’t help but move their bodies along the rhythm. The feel good music is bound to make them shake a leg with their friends and family.

The emerging artist describes himself as being old school. His roots are old school so he tends to stay true to them while incorporating a little bit of his newer interests in his music. With pro blending of his roots and the Hip Hop that runs through his veins, he comes up with his own unique sound. This ability to mix and match different music styles with great finesse in order to come up with his own unique musical direction makes him stand out as an artist. He sees his music as a form of art to express his life story. All his life struggles and stories can be found in his music in one way or another. One can say that he has put his all, from his highs to his lows, in his music.

AR15 looks forward to continuing his musical journey, making music he’s passionate about and touring the world. He wishes to meet his loyal fans and inspire others along the way.

Check Out Artist AR15 and connect with him for more exciting music.

About
Angel Ray Torres aka AR15 is an emerging musician based in San Bernardino, California. He’s been making music since 1997 which kind of happened on accident. He was into poetry and was proofreading a poem he had written, while the radio played in another room. As he was reading, the words synced with the beat and something inside his head clicked.

AR15 doesn’t force anyone to listen to his music, or go out of his way to get a new listener. He believes if someone likes the way something sounds, they would want to hear more. And if they don’t, well, they don’t.