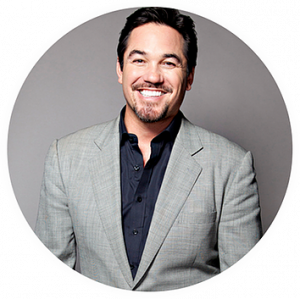 A MOVIE COMBATTING HUMAN TRAFFICKING/NOT FOR SALE: FLORIDA
The Lifeboat Project , JCFilms and Actor Dean Cain are proud to announce their partnership.

“I am thrilled to be given the chance to co-produce this project with Jason and Dean. I believe in honesty and having integrity when it comes to the nature of this work.”
— Jill Bolander Cohen

The Lifeboat Project and JCFilms are proud to announce their partnership, in conjunction with actor Dean Cain, for the upcoming film NOT FOR SALE: FLORIDA. The film will be one of three in a series titled NOT FOR SALE: AMERICA. The Lifeboat Project, located in Central Florida, is one of the leading national service providers for all victims of human trafficking. The mission of The Lifeboat Project is to raise awareness of the issue of human trafficking and to empower the lives of survivors through long-term aftercare, residential programs, trauma counseling, personal development, and educational resources. A similar mission to combat human trafficking is held by its producing partner JCFilms, a nationwide faith-based film company. The two powerhouse organizations are excited to produce an authentic film that not only provides hope, but also education and awareness on this modern evil. NOT FOR SALE: FLORIDA is not a film about entertainment, it is a film about taking action.

“I am thrilled to be given the chance to co-produce this project with Jason and Dean. I believe in honesty and having integrity when it comes to the nature of this work. I think conveying the truth about this crime against humanity, while also honoring the survivors is what our community needs,” says Jill Bolander Cohen, CEO/Founder of The Lifeboat Project. “As a life-long Central Floridian, I want to ensure that this film will not bring a negative light on our community, but rather show an accuracy of how Floridians are engaged in the fight against trafficking.”

Central Florida is known for its booming tourism market and thriving hospitality industries, but a silent enslaved population of human trafficking victims hides among the millions of people that travel throughout the region. According to the National Human Trafficking hotline, Florida is ranked third in the nation for human trafficking. It is also a $160 billion dollar industry world-wide. The goal of this film is to make all communities safer, more informed, and vigilant to this growing epidemic. NOT FOR SALE: FLORIDA will depict true stories of human trafficking crimes. This film will also showcase an inspiring new narrative of how the hospitality industry is winning the current battle against human trafficking. From the Uber drivers to the hotel clerks, the film will portray how the service industry is working with law enforcement to end this pervasive evil.

The Lifeboat Project and JCFilms will be hosting a fundraiser event to kick off production for the film on Friday, July 16th, 2021 at The University Club of Orlando. The event will also host a VIP meet and greet opportunity with actor Dean Cain. The VIP tickets will be limited. For more information on how you can purchase event tickets please contact us at info@thelifeboatproject.org.