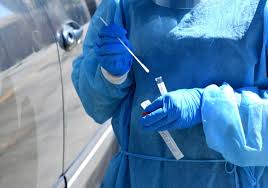 A tale of two $2 billion Chinese IPOs in a span of just over a month is striking, highlighting the divergent fortunes of two key online retailers as they try to turn their fortunes around.

Earlier this week, JD.com, the second-largest e-commerce player in China, priced shares at the top of their $17-$19 range, and pricing was strong enough to nab a more than $12 billion valuation in just over one hour of trading. That’s way higher than the $17 billion valuation JD.com received in its last IPO, in December 2016.

At the same time, iQiyi, the first-ever US-listed Chinese entertainment company, priced its shares at the bottom of their $11-$13 range on Monday, and the shares traded well below their opening price of $12 on their first day of trading. Shares closed at $11.25 on Wednesday.

The huge divergences of JD.com and iQiyi are telling.

JD.com has shown similar growth over the last year or so, with its annual active users growing from about 230 million in September 2018 to about 310 million in December 2018. The company is also not reporting as much revenue as its chief rival Alibaba, but much of its revenue is from users that buy more than $1,000 worth of products.

The difference between the two shows in the way they release their financials. JD.com has posted profits every quarter since 2009, and in its last quarter was profitable at both the top and bottom line. iQiyi has posted profits every quarter since its inception in 2011, but missed profitability in its latest quarter, reporting an operating loss of $171 million.

Together, those losses have made it extremely difficult for both to surpass significant swings in their market capitalizations over the last several months. The same fluctuations are expected for JD.com and iQiyi from here, with more than one analyst raising doubts about their ability to continue growing their businesses as consumers shift to mobile from PCs.