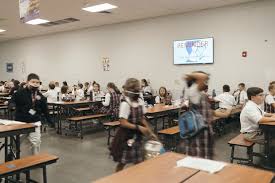 Williamson ISD said it “did what any business would have done” following Hurricane Harvey, which caused more than $20 billion in damage in the area. There’s still much to work on, but they’re looking forward to a summer full of energy and progress.

Williamson ISD campuses are looking more like new this summer as they recover from the effects of Hurricane Harvey, following some concrete but still long-term improvements. The district reopened its schools June 3 after a six-month closure due to repairs. Following a major storm of Hurricane Harvey that affected much of southeast Texas, approximately 76 percent of schools in the district were damaged. Four schools in the district sustained full structural damages and four suffered partial structural damage.

“We did what any business would have done, which is make sure the buildings are safe and that we were back in operations,” said Williamson ISD Superintendent Jamie Simmons. “We’re just really happy to be back out there.”

On Sept. 1, 2017, the second day of classes, the district shut down all schools in the district. “We haven’t had a summer vacation since then,” Simmons said.

At the opening ceremony held June 3, the superintendent spoke about the measures taken to ensure the safe return of students and staff: “In the days and weeks and months that followed Harvey, the teachers and staff at all seven of our campuses were willing to put their own safety at risk to make sure that our kids returned to a learning environment that would be conducive to learning,” he said.

Williamson ISD Assistant Superintendent Kim Foster has been the head of the district’s Office of Emergency Preparedness and Recovery for the past six months. “There was one thing that made this easy for us, and that was working with our insurance company,” Foster said. “We were able to take apart the buildings and put them back together like a puzzle and make them work. … The steps that we took were state of the art and sustainable, and we’re proud of that.”

Work on the building projects and at the school facilities is expected to continue through July. “We anticipate having just about all the facilities complete by September,” Foster said.

The rebuild will bring each campus up to an A+, according to the state of Texas.

Across the state, many schools are still preparing to reopen, having they also sustained damages from the hurricane. Fisher Elementary and Kate White Elementary are both currently closed while their damages are repaired. Outside the southeast region, repairs on six schools are under way in Galveston County, a district spokesman told TechCrunch.

Williamson ISD will also be hosting a job fair this summer at all seven of its campuses, looking to hire employees in a range of roles, including teachers, administrative assistants, guidance counselors, and counselors who have been out of the classroom, to summer school staff.