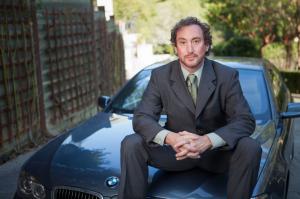 “We’re honored to include Joseph Tully and his book ‘California: State of Collusion’ into our BoLAA family.”

The “Best of Los Angeles Award” community was formed five years ago and consists of over 7,500 professional members living and working in Southern California. It celebrates the best people, places, and things in Los Angeles with the slogan “No Ads. No B.S. Only the Best.”

“The mission of the community is to celebrate the best of Los Angeles, and allow its community members to connect with other members who share the highest standards of quality and integrity,” expresses DeRose. “We’re honored to include Joseph Tully and his book ‘California: State of Collusion’ into our BoLAA family.”

Nobody knows this story better than trial lawyer Joseph Tully. His account will surely ignite Californians and ultimately all Americans into action.

Thousands of American citizens have been wrongfully convicted over the last three decades. For the lucky ones in the lot, proof of their innocence came only too late, after a life of imprisonment, abuse, and shame. As one of the top criminal defense attorneys in the country, Joseph Tully knows full well that the right to an attorney is something TV criminals can always count on, but real-life arrestees seldom encounter.

For Tully, justice is something you fight for every day. In this groundbreaking book based on decades spent exonerating innocent Californians, Tully exposes fraudulent snitch programs, corrupt judges, prosecutors who destroy exculpatory evidence, and all manner of individuals who are out to secure convictions and advance their careers, rather than ensure that the innocent go free and the guilty remain behind bars.

In this, his second book, Tully provides a vivid and shocking picture of the national scourge of wrongful conviction, chronic prosecutor misconduct, and the elusiveness of justice in California’s courtrooms.

“Innocent people can be subjected to a power trip police encounter, arrested by a megalomaniacal cop, jailed by a sadist, prosecuted by a manipulative Machiavellian, and judged by an ego-tripping sociopath,” states Joseph Tully.