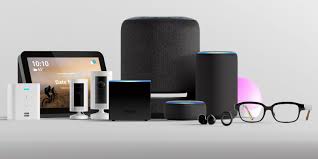 The new Echo Show, which fills a niche in the market: providing video information and display capabilities through a built-in screen. It runs Amazon Alexa and is especially useful for showing live television — but not for controlling your smart home. The new Echo device, which sounds fancy, is a bit cheaper than previous models. Amazon will soon also sell a video camera and optional security system. These functions are of course already available in the smart home market, but at the same price as a decent security system from a traditional retailer.

Amazon’s live music streaming is also becoming more popular, with new shows that supposedly improve the experience. But at the same time, Amazon’s music store, which gives much of its advantage to Prime members, is suffering significant price increases (to $4.99 a month from $3.99 a month). The new Alexa Go, which offers a handheld smart speaker, will be cheaper than an Echo Dot, but Amazon explained that this “aims to build the Alexa ecosystem into devices that consumers already own — a great alternative to an expensive set-top box or pricey Bluetooth speaker.” And in a strange and obnoxious link in its events timeline, Amazon announced that “Amazon customers can use Amazon Go to do their laundry, manage their grocery store inventories, or make room for Father’s Day gifts.” Amazon Go is still in beta testing; will others benefit?