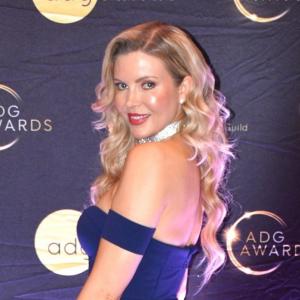 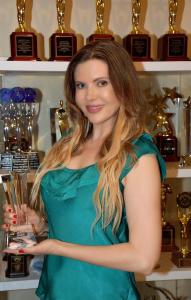 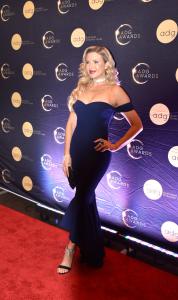 Winning ‘Best Music Video’ at the Independent Shorts Awards has been such a highlight for me. Music is powerful and there is so much beauty when women come together in one accord with united voices!”
— Angelena Bonet

“Break The Chain” features exceptional lyrics and a powerful message. She has a remarkable story of tragedy and resilience and triumph over such adversity and is inspiring and touching hearts all around the world. Her soulmate and fiancé of three days, Erick Deeby, suddenly and unexpectedly passed away in August 2007. He had written and recorded instrumental pieces of music for her between 2005 and 2007. Bonet then wrote the lyrics and melody to his music after his devastating death and during her time of deepest grief. Whilst living in Sydney’s bohemian red light district of Kings Cross, they developed the sound of their music over a couple of years. Erick had also composed and produced music for various bands and soundtracks for Marvel Comics “Man Thing” and “Feed” directed by acclaimed Hollywood director, Brett Leonard (“Lawnmower Man” by Stephen King & Denzil Washington’s “Virtuosity”) before his sudden and unexpected death. Angelena promised him whilst in a coma that someday, somehow she would finish their special project.

She has kept her word and produced their album thirteen years later. Recorded at Trackdown Studios in Fox Studios Australia, Angelena produced their music and was engineered by Rose Mackenzie-Peterson. Trackdown Studios has produced many Hollywood soundtracks such as “I Am Woman”, Disney’s “Cinderella”, “Lion” (starring Nicole Kidman and Dev Patel) which received six Oscar nominations at the 89th Academy Awards and George Miller’s “Mad Max Fury Road” starring Charlize Theron. Angelena knew she had to produce this album on her own and the whole creative process has been organic and cathartic. She says her work saved her life and describes it as “a labour of love”.

Bonet has also produced two web series, a biopic documentary short film “Change The World” and a tetralogy documentary feature film series consisting of “Angelena: Change The World”, “Angelena: Heart Of The Matter”, “Angelena: Light At The End Of The Tunnel” and “Angelena: Warrior Woman” in their entirety, which are all available to rent or buy on Vimeo On Demand. A former Australian supermodel and actress, she experienced two life changing tragedies, which she has chronicled in her documentaries.

IMDb qualifier’s Independent Shorts Awards (ISA) is an international film festival, with monthly live screenings and an annual live screening and awards event in Hollywood, CA. Each season, the submitted projects are judged by a random team of invited experts from academia and film industry, against a high standard of merit. The monthly winners are automatically qualified to compete and be screened at ISA annual event. Some of them are invited to be screened at the monthly events. Award-winning films are also invited to join ISA TV channel.