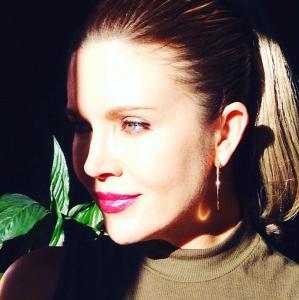 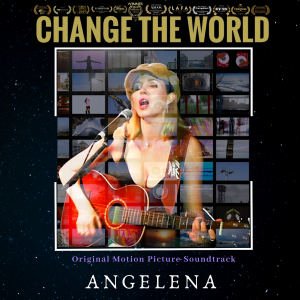 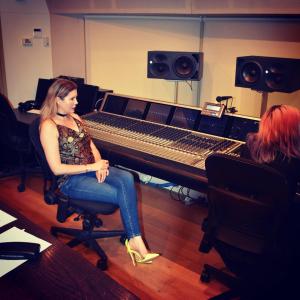 Music has the power to transcend what the spoken word cannot articulate and creating Change the World has been a gift I will forever be grateful for. I am honored to win Best Original Music Score!”
— Angelena Bonet

SYDNEY, NEW SOUTH WALES, AUSTRALIA, May 4, 2021 /EINPresswire.com/ — Angelena Bonet, CEO & Founder of Crystal Heart Productions, has won the prestigious ‘Best Original Music Score’ from the Royal Wolf Film Awards in Hollywood. The award was given for Angelena’s soundtrack, “Change The World”, which features in her multi-award winning documentary film of the same title. “Change The World” features exceptional lyrics and a powerful message. Recorded at Trackdown Studios in Fox Studios Australia, Angelena produced the music she created with her late fiancé, Erick Deeby and was engineered by Rose Mackenzie-Peterson. Trackdown Studios has produced many Hollywood soundtracks such as “I Am Woman”, Disney’s “Cinderella”, George Miller’s “Happy Feet” and “Mad Max Fury Road” starring Charlize Theron. The Australian singer-songwriter has won over 150 film and music awards for her documentaries and soundtrack thus far.

Angelena has also created a documentary feature film trilogy and two web series. Her documentaries chronicle her life to the present day, which she has produced, directed and edited in their entirety. She has a remarkable story of tragedy and resilience and triumph over such adversity and is inspiring and touching hearts all around the world. Her soulmate and fiancé of three days, Erick Deeby, suddenly and unexpectedly passed away in August 2007. He had written and recorded instrumental pieces of music for her between 2005 and 2007. Bonet then wrote the lyrics and melody to his music after his devastating death and during her time of deepest grief. Whilst living in Sydney’s bohemian red light district of Kings Cross, they developed the sound of their music over a couple of years. Erick had also composed and produced music for various bands and soundtracks for Marvel Comics “Man Thing” and “Feed” directed by acclaimed Hollywood director, Brett Leonard (“Lawnmower Man” by Stephen King & Denzil Washington’s “Virtuosity”) before his sudden and unexpected death in August 2007. Angelena promised him whilst in a coma that someday, somehow she would finish their special project. She has kept her word and produced their album at Fox Studios Australia thirteen years later. The music she co-wrote with Deeby has become the soundtrack for her films and also won numerous ‘Best Original Soundtrack’ awards worldwide.

A former Australian Supermodel, Angelena, comes from a musical family and grew up studying and playing her grandmother’s piano in her bedroom. Her father was a bassist/guitarist and her mother sang in the Sydney Symphony Choir. Her great grandmother, Lily Bolden, was a singer and actress in the Royal D’Oyle Carte Theatre Company that toured South Africa in the late 1800s. It was there that she married a Director and had her grandfather before returning to Australia. She trained at the Australian College of Entertainment (formerly known as the “Johnny Young Talent School” where Dannii and Kylie Minogue were discovered) with many working actors and musical theatre artists as her teachers. It was her passion and then at eighteen the modelling industry discovered her at a hair salon. Her first shoot appeared in Vogue Australia.

An IMDb qualifying film festival, Royal Wolf Film Awards is an online Monthly Awards platform that is dedicated to honoring projects from all over the world. They are devoted to finding innovative independent artists who are creating groundbreaking work in their respective fields, and giving them a place to celebrate their artistry. They are looking for edgy, unique, and thought provoking pieces with a fresh voice.