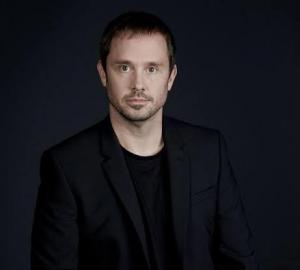 IKAR Industries has a broad range of investment targets with group companies focused on the technology-, hospitality, real estate-, security and safety-, sports and entertainment-, and energy sector.

It is an entrepreneurial investment group, with a geographic in the United States and North America, Europe and emerging markets. The group has representation in Amsterdam, Berlin, Boston, Istanbul, New York, Washington and Zurich

“Since I launched with Piëch.com my own car manufacturer, my interest on focusing my investments on a more global level, have increased significantly! The business strategy of diversification and investing into different sectors, which are complimentary to each other, combined with the amount of power IKAR has united under one roof, has fascinated me. I truly believe that the Co-Founders of IKAR have the drive to lead the group into the new future of entrepreneurship. As I am always keen to have partners around me who have a vision and also change things to the better, I am really excited to join the group as strategic investor ”, says Anton Piëch.

“What an incredible combination: a super smart and visionary entrepreneur who’s family wrote history not only within the automotive sector but as one of the very few Industrial families in the world! We could not be more excited, proud and honored to have a partner like Anton Piëch with us, who will write with his own car again history! His visions where the future business world will head too are very much in line with our understandings”, stated Mario Diel, Chairman and Co-Founder of IKAR Industries.

“When I first time met Toni, I was impressed how humble he was, given the fact that he is not only a visionary entrepreneur but the global fame of his family. From the first moment I was fascinated about his views and he sees the world of business. In IKAR the human factor is our biggest capital. Therefore we are very selective when we chose, whom join with. Toni fulfilled our criteria from the first moment. We could not be more happy to have him with us as our new partner and looking very much forward to many mutual successful years to come”, said Howard Beasey, IKAR’s President and Co-Founder.

The parties agreed not to disclose any details of the financial transaction to the public.

Anton Piëch, son of Ferdinand Piëch, former CEO of the Volkswagen Group and great-grandson of Ferdinand Porsche is a Switerzland based entrepreneur who founded the Swiss electric car manufacturer Piëch Automotive in 2017.
Piëch Automotive presented their first model, the GT Mark Zero, at the 2019 Geneva International Motor Show.
The particularity of Piëch Automotive’s engineering is its modular concept, which makes it possible to keep software and hardware components up to date, in order to keep up with developments and technical progress, so the powertrain is interchangeable, while maintaining the structure and bodywork of the vehicle.The entire vehicle concept is designed and engineered for lean manufacturing with external partners without vertically integrating any production in the company.

IKAR Industries is a British investment group, headquartered in London, United Kingdom and mainly focuses on the technology-, hospitality, real estate-, security and safety-, sports and entertainment-, and energy sector.

IKAR is an entrepreneurial investment group, with a regional focus on the United States and North America, Europe and emerging markets. The group has representations in Amsterdam, Berlin, Boston, Istanbul, New York, Washington and Zurich

Ikar was founded by German businessman Mario Diel and business executive and retired US Marine Howard Beasey in 2019 in London, United Kingdom. The founder’s vision was to create a conglomerate of companies across a diverse spectrum of sectors reflecting their own backgrounds and expertise but boosted by the power of a distinguished team of former politicians, government leaders, executives and entrepreneurs and their collective networks.