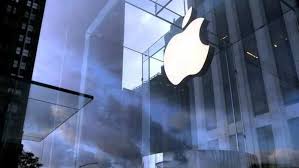 Opponents of Apple’s App Store policies have formed a new coalition to push back against the tech giant’s latest moves. Members of Digital Democracy are open about their concerns over Apple’s recent changes to the App Store.

The issue boils down to the cap on the 30 percent tax that the company takes from app developers. The old “cut” was 20 percent. That would translate to a percentage on every $1 million that developers charged for an app. Apple now says they’ll take only 15 percent of everything.

Contrast that to Amazon, who says developers can use the sales tax that they earn from on-site sales as a source of funding for their app stores. Many developers would have preferred Apple’s cut to stay in the 20 percent range.

Digital Democracy members are open about their opposition to the reduction in Apple’s cut, saying that while the company needs a healthy startup ecosystem, it can’t be at the expense of the sales tax Amazon is willing to cover.

“We appreciate the way Amazon supports the tech ecosystem,” says Heather Spataro, treasurer of Digital Democracy, the group formed to fight Apple. “We applaud their decision to allow developers to use sales tax money that would otherwise be subject to the sales tax under Apple’s rule.”

Apple has historically been more liberal with app developers than their competitors. Users know that if the software they’re using is used on the phone, then it must have been made by Apple. Apple also takes a small cut on the apps that go straight to the App Store (less than a cent), making the full price of the app a bit higher than its competitors.

Despite the complaint, there was no better alternative to Apple, so digital developer went with the company, anyway.

This is the question Digital Democracy founder, Bart Langen, says his group is working with retail partners to overturn. After Donald Trump banned the sales tax alternative from Amazon, Digital Democracy got together and proposed that the concept should be discussed in some way at industry events. That has led to this new coalition.

“We’re going to get this done,” Spataro said. “If we’re not going to hold Apple accountable, who is?”