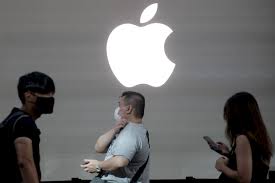 As we know, Apple has taken on a number of lessons from Android, such as the core principle of a uniform experience across platforms. Apple followed this same principle throughout its development of iOS 12 for iPhones and iPads, and the company took some big steps to improve existing developer interfaces for iOS 12.

As of May 23, for example, Apple announced there would be no additional requirements to develop apps for iPhones and iPads on iOS 12.1, and developers no longer have to build a full UIs for iOS 12 on their iOS 12 apps. Additionally, Apple promised that they would not require notifications about update release times.

We reached out to Apple to find out if more changes were coming, and received the following response:

On June 6, in iOS 12.1, Apple announced that iOS 11 apps would now support the Direct Messages view and all notifications will appear in a single view rather than broken up among multiple windows. Please note that other apps with OS X apps may not be able to use these changes.

We have heard from several developers who said they weren’t able to upgrade their iOS 11 apps as a result of these changes, and we will continue to work with developers to get apps updated to support the new changes.

These changes could be little more than tweaks from Apple, but the value they add to developers is likely to be substantial. So for now, things seem to be going well for developers. But some remain skeptical about the promise of iOS 12, and demand it be done more broadly.