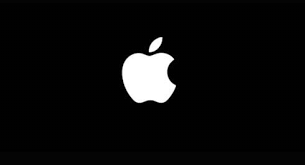 ‘Having large scale parties is very dangerous. That is why we don’t support that. But Vybe is a compromise, no big parties but small gatherings. We could be living, at least a little during these times with Vybe.’

Even if this app was meant to find and promote small indoor parties (as they claim, despite the posts on TikTok), that’s still incredibly dangerous and illegal in many places under current US.

2020 has been a year full of sacrifices, most of which none of us ever thought we’d have to make. For many of us, the biggest sacrifice was avoiding friends and family to make sure that we would not get each other sick, and I can assure you that opening presents over Zoom isn’t nearly as fun as opening them in the same room. But not everyone wanted to play by the rules, which is why the US has been averaging.

“Vybe Together was designed to help other people organize small get-togethers in parks or apartments during COVID,” a spokesperson told The Verge. “We never hosted any large parties, and we made one over-the-top marketing video that left a wrong impression about our intentions, which has since been taken down. We do not condone large unsafe parties during a pandemic.”