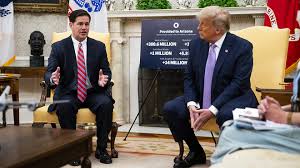 Arizona is one of several states to act on the first release of the new electronic unemployment system; it looks like residents will be reaping the benefits…

As the unemployment rate rises in the U.S., the same is not true in Arizona. Last month the rate in Maricopa County, home to the state capital, topped 7% (versus 1.7% nationally). However, the news is good for residents who have fallen on hard times. Last month the Arizona Department of Employment Security (AZDEN) processed more than 170,000 unemployment claims and still have $9 million of the funds from prior year sitting on the reserves.

The funds account for just 1.8% of Arizona’s nearly $60 billion GDP. Arizona in addition to being among the first to make significant use of the new electronic unemployment system will see an additional $300 million added to state unemployment funds.

The increase will allow the state to reclassify even more workers as “fishers” in order to save more unemployment funds. Fish only receive a minimum of 63 weeks of benefits on the Supplemental Security Income program, leading to more workers in the state feeling entitled to state unemployment benefits.

While states like Arizona will be receiving $300 in extra cash from last year’s unemployment fund excess, Arizona is now one of several states to act on the first release of the new electronic unemployment system. After receiving a commitment from Zinc Technology to make a new mobile application available for free to all states in the country, state officials mandated that all states use it until such time that the system is used properly.

The costs of the system weren’t quantified but estimates of dollars lost to people abusing the system have yet to be released. Other states included are Indiana, Missouri, Ohio, and Oklahoma.