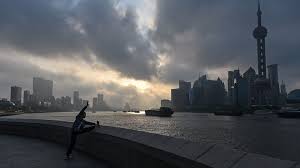 Investors in China welcomed a report yesterday that the leaders of the world’s two largest economies have opened trade negotiations after the early stages of a summit in Argentina. As reported by CNBC, David Liu, CEO of ETF giant Fidelity Asia and previous China manager for Fidelity International, says investors want to see a “positive outcome,” which they can ride into the weekend.

With current trade talks in deep freeze, both sides walked away from the G7 summit in Canada last week frustrated and confident they wouldn’t achieve what they had hoped: a deal to end the U.S.-China trade dispute and avoid a trade war that threatens to affect global economic growth. Now the U.S. and China will convene Friday to talk through trade and the direction of the economy. Liu is certainly hoping for better:

“The bigger picture is whether or not there is any positive turnaround in Sino-U.S. trade talks,” said Liu. “On the one hand, it is still good news that the negotiators are back together after the G7 trip. But there are also concerns of what these trade negotiations will look like as we enter the second day. On the one hand, they are trying to see whether these trade talks can bring in further opening of Chinese economy. But on the other hand, on the Chinese side, they can use this as leverage to push for better tech transfers and intellectual property from the U.S.”

He agrees there are a couple of key drivers for a potential resolution:

“Many would consider it good news if we can have a relatively positive outcome of trade talks as we move through the weekend,” added Liu. “To see the ‘win-win’, the outcome to the Trump-Xi summit.”

U.S. Vice President Mike Pence made it clear that there was a line beyond which the Trump administration would not go: U.S. investment in Chinese technology platforms.

“It is unacceptable for any country to compel U.S. companies to turn over their most closely held technology secrets and trade secrets to foreign companies,” said Vice President Pence.

Vice President Pence continued: “As President Trump has made clear, he has no intention of going beyond reducing our already substantial trade deficits with China. But we want to make sure that China respects the intellectual property of the American people and has a brighter, better future, one that embraces a system of open markets and international collaboration and cooperation.”

Vice President Pence insists that China will not be granted any financial rewards that it can leverage in its ongoing efforts to come to a new agreement.

“So long as China remains unfriendly to the United States, it will not be allowed to obtain any real economic or security benefits from trade negotiations.”

Some for-profit Chinese universities have been unrepentant in their efforts to integrate U.S. technology and thinking into their programs, despite President Trump’s pledge not to increase pressure on China for intellectual property violations.

“It can’t just be about the return of the stolen technology in China,” said Biden in a radio interview Monday, reports CNBC. “It’s got to be about global understanding that China is a partner in free and open and secure trade and open markets.”

China-based shares benefited in part from the announcement of president Xi Jinping’s visit to Wisconsin on July 15-16, as the chairman of Manufacturers Alliance for Productivity and Innovation (MAPI) and president of the Wisconsin Manufacturers and Commerce said that a strong, business-friendly U.S. President is what manufacturers need to continue investing in Wisconsin.