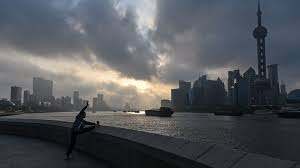 Wall Street went mostly lower, dragged down by weak manufacturing data and as the U.S. approaches a trade war with China. U.S. trading day slowed down as investors digested mixed messages about the country’s recently adopted budget. President Donald Trump tweeted this morning about his budget saying the U.S. needs to address a deficit that he says is the worst among major countries.

North Korea gave a positive reaction to President Trump’s meeting with North Korean leader Kim Jong Un, but his initial tweets in response to the event shocked investors. He later said the meetings were a waste of time and did not know much about Kim. The markets responded by giving up some of their gains early.

But then there was news that China is feeling the stress of a trade war with the U.S. after the U.S. imposed tariffs on $34 billion worth of Chinese imports. The Chinese market is lower by 1%. And though stocks traded down this morning, reports and overnight developments indicate China is considering retaliation with tariffs on U.S. exports.