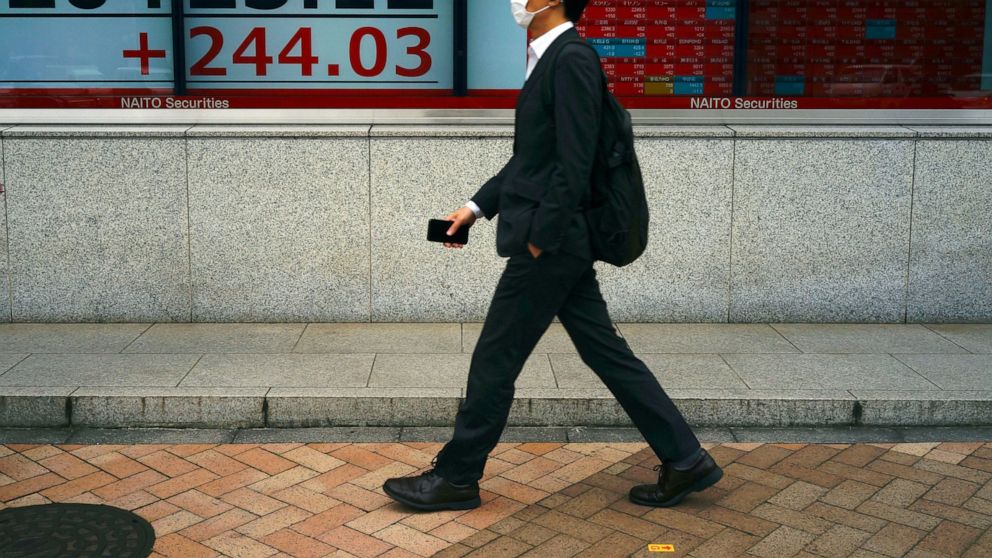 Asian share markets were in positive territory on Thursday as optimism over the pace of global economic recovery boosted the region’s equities.

Chinese mainland markets had been closed for a public holiday.

Canadian markets were closed on Thursday.

The gains come a day after Statistics Canada reported the country’s unemployment rate fell to 5.9 per cent, the lowest it has been since late November 2007.

“In my mind, this is the calm before the storm — the green shoots of recovery of (Japan’s) economy — and also optimism over the future of the U.S. economy,” said Peter Yi, co-head of Asia-Pacific economics at Societe Generale in Hong Kong.

“The Chinese leadership has reassured markets that the mainland economy is improving (and) they will keep a cap on credit growth,” said John Zhu, director of analytics at Markit Economics in Shanghai.

However, U.S. President Donald Trump’s tweet Thursday that the world economy “is going to do fine” also boosted markets around the world.

The upbeat view from Washington comes ahead of next week’s meeting between Trump and North Korean leader Kim Jong Un at the border between the Koreas.

That summit comes days after Trump held off on imposing any new sanctions on China for several weeks. China has been a source of frustration for the president for its trade surplus with the U.S.

Trump has cited the result of U.S. trade talks with China for his decision. But economists have said the economic gains have come mainly from changes to China’s exchange rate, not from U.S. trade agreements.

A raft of survey results published over the past two weeks showed signs of a moderate improvement in both business and consumer confidence in China, Japan and the U.S.