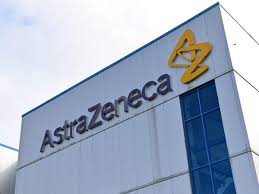 Last month, the US Food and Drug Administration (FDA) announced its independent advisory committee meeting to discuss new Ebola and Crimean-Congo hemorrhagic fever-related trial data. The FDA’s discussion sparked an announcement from AstraZeneca about an internal review of its slow-paced rVSV-ZEBOV Phase III clinical trial. While it’s too early to learn the final details of the firm’s contingency plan, as a reminder, the company’s vaccine was prematurely halted due to an unanticipated mortality in a participant in a Phase III study in the United States.

Briefly, the company announced late last year that it was working with the Centers for Disease Control (CDC) to enroll new trial participants who were infected with serogroup G (GvHD, or G-SME) and the anticipated outcome of the trial was being adjusted to reflect increased safety risk for all study participants. Now, AstraZeneca has informed the FDA that a broader group of participants who were referred from the infectious disease, epidemiology, and psychological teams as a result of the unexpected death of a participant in a US study will not proceed, while the CDC will now engage in dialogue with the company about the possibility of concurrent trials using RVSV-ZEBOV.

It’s been a weird year for the development of an Ebola vaccine, which has seen a range of unexpected obstacles, leading many to believe that another epidemic might be just around the corner.

It’s been a weird year for the development of an Ebola vaccine, which has seen a range of unexpected obstacles, leading many to believe that another epidemic might be just around the corner. This was, of course, a major issue during and after Ebola hit West Africa in 2014, as many developed countries attempted to generate a large enough market-ready stockpile for research centers and the military to test the efficacy of both GA-ZEBOV and Merck’s sub-molecular-level replication-boosting experimental vaccines, which went up against many ethical, legal, and organizational hurdles. Despite and perhaps even because of the commercial benefits of medical innovations as seen with the present pneumococcal pneumonia vaccine, there’s nothing in the Human Genome Project or the launch of personal computers to compare to the sheer quantity of Ebola-related tools available to researchers at this time.

While many of these hurdles have since been overcome, high hurdles will continue to pose challenges to basic and applied biopharmaceutical companies like AstraZeneca and GSK for a long time. After all, some of the current standards for acceptance and evaluation of vaccine trials lie squarely on the shoulders of CAR-T, a very rapid, aggressive, and potentially game-changing cancer immunotherapy, that continues to push more of its victims through the door of high-cost hospitals.

While CAR-T treatments often come with more reward than their potential risks, CAR-T’s mysterious, snake-bitten history is indicative of the fact that the lessons learned from Ebola will, for some time to come, be centered on the ability to turn future outbreaks into manageable crises.