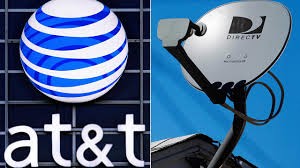 Fierce Wireless reports that AT&T appears to be considering a plan where it would pay wireless customers in exchange for their time and information — or perhaps for its own brand of ads or other forms of consumer data.

According to TechCrunch, the U.S. telecom giant is testing out its “Complete” program in two states — as of this writing. The plan, already available in Italy, involves a FreeBee Data 360 program. New York and California have just opened tests as well. But AT&T is also reportedly working on combining its subscription data with the retailers and other partners who participate in the initiative. AT&T would pay the subscribers, but only once they spent a certain amount, meaning regular money would be spent. The monthly data is pegged at 1GB.

The program comes up at a time when companies like Facebook and Google are under increasing scrutiny for privacy issues and complaints of data security. The companies have also come under fire for how they gather, shape, and send digital data. Data from the news outlets this company partners with have also been withheld from the Financial Times.

The Verge notes that the potential of AT&T’s program has some consumers worried that the telco giant is looking to monetize the mobile value of our personal data. FreeBee Data 360 is a data monetization program from telco giant FreeBee Data. At the request of his company’s lawyers, FreeBee opted not to disclose exactly how the program works, but in a post from earlier this year, CEO Francois Dulé admitted that what is happening was more “data streaming or caching” and less “data caching and in-app, in-app messaging” and “less ‘analogous to regular datastream data transfers’”.

AT&T did not respond to requests for comment. Even if it’s not yet commercialized, AT&T wants to take part in the tests and use the data it has collected. It’s also paying former staffers from the T-Mobile T-Mobile BreakFree program, which it discontinued early last year after testing it in 2016.

In a blog post, a representative from AT&T wrote, “People who want to engage with AT&T across advertising and customer service will continue to be able to do so without having to spend money in the fee-based plans that they use today.” The rep did not respond to a follow up request to clarify why AT&T isn’t offering its clients its subscriptions for free and what it sees as a “cost-effective” way to get consumers to participate in the program.

The company also did not respond to a request for comment if it had delayed the launch of the program because of privacy concerns, a common tactic when launching products that use consumers’ data. At this point, it’s not clear if all the test states are part of the US or Europe testing.