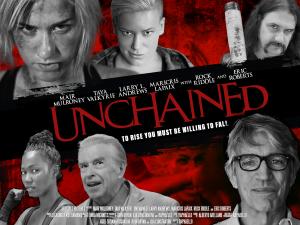 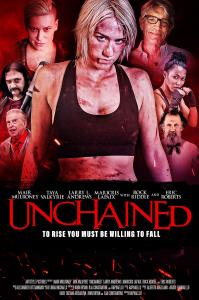 The first great movie of the summer is out on Amazon and scoring big audiences over the July 4th weekend.

Unchained blew through early estimates more than quadrupling anticipated streams making it one of the most successful movies of its type over Independence Day weekend.

The movie’s director, Raphaello, was amazed by the performance of the film.

“All the cast and crew wish to thank everyone across the globe for taking time out of your day to watch our little film. We are so grateful that, with so much other entertainment out there, you chose Unchained. Bless you, all”

Unchained launched globally on Friday, July 2nd on Amazon VOD and InDemand. With a reach of well over 100 million potential viewers in the US alone, Unchained has struck a chord with people looking for a break from the standard studio releases.

The movie was wonderfully produced by Tatiana Rusakova, Ilia Constantine, and John Bryan.

The stunning film score was created by composer Alexander Kotziamanis. Alexander also released his Unchained EP – The Original Motion Picture Soundtrack over the weekend. It is available exclusively from Apple Music:

You can watch Unchained on Amazon here: https://amzn.to/3humK99