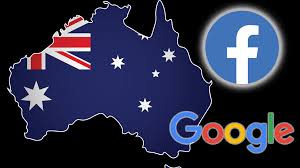 In a landmark ruling by a Federal Court of Australia, a $AU27 million ($AU28 million) libel award against some of the world’s largest social media and search company was upheld. The original judgement also included a publication ban in the country that prevents Facebook, Google, or other companies from publishing any article that it admits contains defamatory content.

The court found that the defendants’ actions violated the Australian Press Council’s codes of conduct by preventing the plaintiff from having his claims considered in court.

In the US, defamation cases, including court awards, need to be admitted into evidence, which removes the ability for plaintiff to challenge the coverage outside of the trial. This also eliminates the ability for defendants to invoke non-coercive journalism exemptions, such as the First Amendment’s free speech clause.

The new Australian defamation damages guidelines passed by the Federal Parliament would apply to all defamation proceedings. Now it’s the Court of Appeal’s job to determine if and how those guidelines will apply.