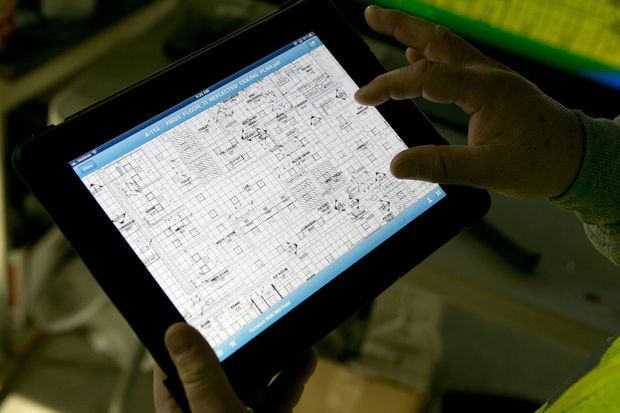 Shares of software company Autodesk Inc. (ADSK) tumbled on Wednesday, June 5, despite a 12% gain in profits, as revenue fell short of expectations. The company posted $1.32 billion in revenue during the second quarter of the fiscal year, a 4% drop from the same quarter last year. On an adjusted basis, though, Autodesk reported earnings of $1.51 per share, better than analyst estimates of $1.37.

Total company revenue for the quarter fell 5% to $1.55 billion, falling short of analyst estimates of $1.61 billion. The miss was due in part to a drop in Autodesk’s subscription revenue, which fell 10% from last year. The company attributed the decline to a decrease in the amount of content generated during the quarter. But the biggest factor was the fact that more companies opted to pull back on hardware spending in favor of digital software — after all, most companies need more computers than they need graphics processors these days. Autodesk actually gained market share with its E5 software, which helps companies design complex industrial objects like airplane wings and solar panels. The company’s billings — the amount it received from customers — also rose 6% during the quarter.

The company attributed the drop in subscription revenue to a downgrade in the amount of software customers were purchasing and offered guidance for the third quarter and the full year that was well below Wall Street’s expectations. The company expects subscription revenue to fall in the range of $2.42 billion to $2.44 billion during the third quarter, well below analysts’ estimates of $2.55 billion.

“While we experienced solid year-over-year performance in many key geographies, we experienced a slowdown in user adoption of our new SaaS solutions, particularly in the Americas and Japan,” Autodesk CEO Andrew Anagnost said in a statement.

As for the full year, the company’s forecast was less than bullish as well. Autodesk expects billings of between $7.0 billion and $7.3 billion, well short of analysts’ expectations of $7.65 billion. Autodesk sees non-GAAP earnings of between $4.55 and $4.80 per share, well below analysts’ estimates of $5.26 per share.