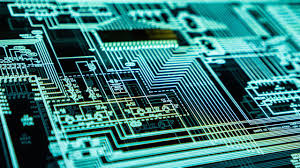 While the Pleasanton, California-based company blamed higher costs on higher expenses and a new strategy, the results were released after the close of regular trading. Standard & Poor’s’s said in a statement that Autodesk’s earnings are “under review” for possible downgrade. The audit committee “received information regarding material weaknesses in Autodesk’s internal controls,” Standard & Poor’s added.

Autodesk said it expects to earn between 48 cents and 52 cents a share in the second quarter. The company had previously predicted earnings per share of 39 cents to 42 cents. Sales for the June quarter are estimated at $732 million to $762 million, Autodesk said in a statement.

By comparison, the average analyst estimate was for 39 cents in earnings and $713.8 million in revenue.

Autodesk changed its strategy this year, saying it’s shifting its focus away from rapid-fire, licensing-based versions of its software and toward subscriptions. It said last month that subscription revenue rose 44 percent to $399 million in the first quarter, with a 15 percent increase in subscriptions. The company has seen investors back away from licensing models because hardware costs are going up in the cloud, particularly for big-spending businesses like manufacturing.