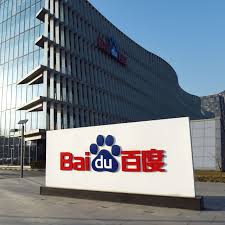 The disclosure of the investigation came following the news that Baidu had lowered its video streaming revenue guidance. Baidu’s iQIYI, which operates in China, now expects advertising revenue for the fourth quarter of 2018 to be between $729 million and $735 million, from $840 million to $870 million. The internet giant has been struggling with its business and data integration with its parent company, as well as in terms of adapting to Chinese regulations. After the first quarter of 2018, China imposed new regulations on the online video industry and forced platforms to share more revenue with content creators and television networks.

“The company previously disclosed a review of certain accounting procedures related to the 2013 filing of the company’s Annual Report on Form 20-F,” Baidu said in its SEC filing. “The SEC has requested information related to this matter and, to the extent that information related to this matter is provided by the SEC, the company may be required to restate certain of its financial statements for periods prior to the filing of the 2013 Annual Report on Form 20-F.”

The investigation is related to the company’s performance audit for the year ended December 31, 2013. Baidu said the SEC is investigating the company’s financial reporting under requirements of Regulation S-X and the Audit Disclosure and the Company, which were written into the US Securities and Exchange Act of 1934.

Shares of Baidu stock have dropped more than 6 percent as investors fear a delay in the company’s financial results release, according to Reuters. While many blamed Baidu’s weak guidance on the backlash from stricter regulations, Morgan Stanley analyst Tian Hou told Reuters that Baidu’s difficulty adapting to Chinese regulators’ requirements might have also contributed to the weak outlook.