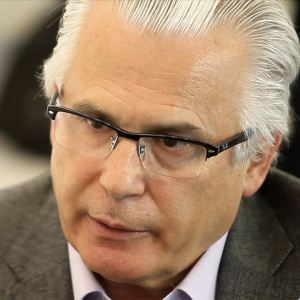 One year after the illegal detention of Alex Saab, his attorney manifests to request that this case be focused on and that the law be acted upon.

It is an unequal fight, but justice is on the part of Alex Saab and arbitrariness on the part of those who persecute him. Let’s hope that the first prevails over the second”
— Baltasar Garzón

MADRID, SPAIN, June 8, 2021 /EINPresswire.com/ — June 12 marks the one year anniversary of the arbitrary and illegal detention of Alex Saab, which he was subjected to on an official trip to Iran to manage the purchase of food for the Venezuelan food system CLAP carried out by the government of that country. On that occasion, Saab was traveling as a special envoy of the South American administration and with a diplomatic passport; so his capture, from the beginning, was arbitrary.

In the midst of the economic blockade of the United States against Venezuela, the special envoy was making a tour to manage the acquisition of basic consumer goods for the country and had successfully managed to articulate a commercial chain of different nations that do not follow the North American line. Therefore, they do not participate in the aforementioned economic blockade. According to one of his lawyers and one of the most visible heads of his defense, Baltasar Garzón, “his international mission was a success and Venezuela achieved alternative channels of trade with several countries of the international community, which was a failure for the aforementioned blockade. United States sanctioner. Alex Saab played a decisive role in the diplomatic sphere, preventing the economic collapse of the country, as predicted by the United States. And the answer did not wait”.

A year behind bars
Just when the world’s gaze was turned to the COVID-19 pandemic, Alex Saab was arrested and detained by the United States in Africa. According to Garzón, his capture was “an unprecedented attack on the most elementary rules of international law.” “On his trip to Iran, his plane was forced to land in Cape Verde to make a stopover, after several countries denied him that possibility, evidently responding to a designed plan for Alex Saab to end up on the small African island. Immediately upon landing in Cape Verde, he was arrested at the request of the United States, beginning an extradition process that still continues today. There is no doubt that this kidnapping ordered by the United States is 100% political” asserts the lawyer.
As will be recalled, since then, this case has gone through a long chain of arbitrariness and loopholes, as the defense has shown. For example, Garzón points out, “Cape Verde did not recognize the immunities and inviolability that assisted it as a diplomatic agent, in transit to Iran, within the framework of a strategic trade mission and at the time of his arrest there was no Red Alert processed to INTERPOL, which was subsequently introduced, in an attempt to legally justify the outrage that was being committed against the diplomatic agent”.

Ongoing Extradition Process
After the arrest of Alex Saab, he began his extradition process to the United States. However, there is no bilateral agreement between Cape Verde and North America for such purposes. Alex Saab was accused of 8 charges in the extradition request sent by the United States, although throughout the process he has renounced 7 of those 8 charges, after dismantling them one by one for the defense of the diplomat.
As Garzón recalls, the first months while the extradition was being decided, Saab was locked up in a Cape Verdean prison in extremely harsh conditions, in a 2 m by 2 m cell without access to either his medications or the proper medical attention required for his suffering from stomach cancer. Given this and as the lawyer says, his defense team presented international legal actions, specifically, precautionary measures and lawsuits before the Court of the Economic Community of West African States (ECOWAS / ECOWAS). The African court indicated to Cape Verde that Alex Saab should be released from prison and placed at home, that he could not be extradited to the United States, that his detention had been arbitrary and illegal, and that Cape Verde should release him.

However, says Baltasar Garzón, “the decision was not respected by the internal organs of Cape Verde. Much less was it respected by the United States, which in a respectful way with international organizations should have withdrawn its extradition request”.

The last instance of Cape Verde, the Constitutional Court, must rule.
“It is an unequal fight, but justice is on the part of Alex Saab and arbitrariness on the part of those who persecute him. Let’s hope that the first prevails over the second”, closes his defense lawyer.