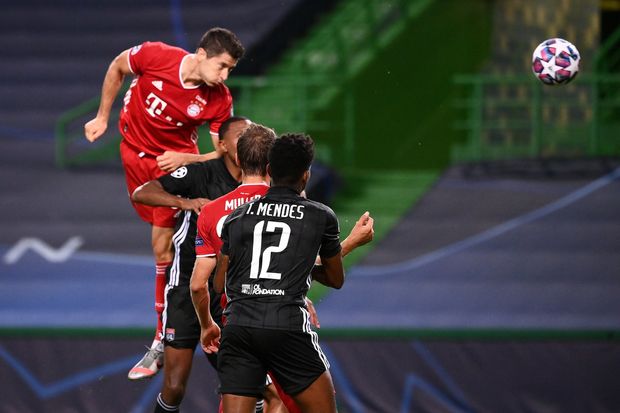 Cristiano Ronaldo and co. had a torrid start to European football. But Bayern Munich took full advantage, overpowering Real Madrid to set up a memorable battle in the UEFA Champions League final.

Cristiano Ronaldo, Real Madrid’s all-time top scorer, certainly didn’t help his cause by marking up 10 yellow cards, including a red, in the preliminary round. He also got off to a subpar start in the competition, failing to score in four matches. His run of bad luck wasn’t going to stop him from trying his best in the UEFA Champions League final, however.

In the very first game of the final, Ronaldo came up lame and had to exit. The referee awarded Real Madrid a penalty kick, which Bale stepped up to score. After that, neither team was able to find their rhythm.

The match didn’t lack intensity; much of the Spanish media had been speculating that the no-show by Ronaldo would make a difference for the hosts, who dominated possession and appeared to gain the upper hand. However, the German side found their rhythm on the ground.

Bayern Munich worked to pin Real Madrid back and kept them from launching quick counterattacks. Bayern’s 4-3-3 formation allowed them to dictate much of the play, and they managed to attack and counter on offense. This strategy worked perfectly for them, and they never looked back in the game.

In the first half, Bayern turned on the style and opened up a 3-1 lead. That score line stayed the same for the entire game. Bayern could have scored further goals, but, like Ronaldo, they scored them through free kicks.

Bayern Munich will compete for the UEFA Champions League title on Saturday, June 9, at 4pm ET at Cardiff’s Principality Stadium. The match is being broadcast on NBC Sports Network.