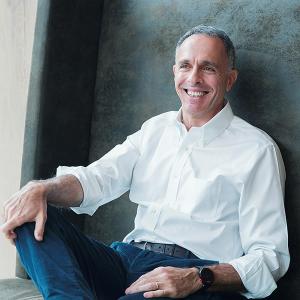 To be presented during the prestigious Golden Nymph Award Ceremony

Our jury members were very moved by “Bella Da Morire,” and strongly support its message regarding femicide and the ongoing epidemic of violence against women which continues to occur around the world.”
— Dawn Gifford Engle

MONTE CARLO, MONACO, June 1, 2021 /EINPresswire.com/ — The PeaceJam Foundation is happy to announce the winner of the 4th Annual PeaceJam Special Jury Prize. This year’s winner is the television miniseries, “Bella Da Morire,” and this prestigious prize will be presented during the gala Golden Nymph Awards Ceremony at the 60th Festival de Monte Carlo de Television on June 22, 2021.

In “Bella Da Morie,” produced in 2020 by Rai Fiction, award-winning actress Cristina Capotondi takes on the beautifully crafted role of Police Inspector Eva Cantini in this new drama from Cattleya. Eva is a strong female lead who crushes prejudices, including her own. Set against the beautiful and mysterious backdrop of the Italian Lakes, “Bella Da Morie” takes on the topical issue of prejudice and violent crimes against women, simply because they are women.

“Our jury members were very moved by “Bella Da Morire,” and strongly support its message regarding femicide and the ongoing epidemic of violence against women which continues to occur around the world,” said Dawn Gifford Engle, President of the Special Jury.

Accepting the award on behalf of the film will be Producer Marco Chimenz of Cattleya Productions. Marco joined Cattleya as a partner in 1999. One of the firms’ managing directors, he is responsible for developing new business strategies and partnerships, focusing in particular on relationships with other producers, distributors, and foreign financiers. He is actively involved in the company’s key decision-making, especially concerning television series aimed at the international market. Before his arrival in Cattleya, he was responsible for the international sale of fiction TV for Mediaset in Milan, and later, as Executive Vice President for Medusa Film in Los Angeles. Since May 2015, he is also president of the European Producers Club, an association of more than one hundred of Europe’s most important film and TV cinema producers.