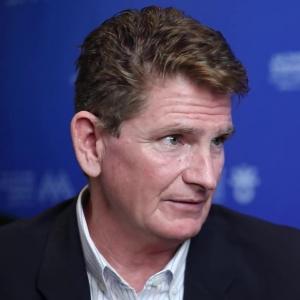 We solve a major problem for the fish-feed market which means that they need to get off of synthetic products and that is being demanded by the grocery stores that carry these products.”
— Dennis O’Neill

FREMONT, CALIFORNIA, US, July 13, 2021 /EINPresswire.com/ — CEOCFO Magazine, an independent business and investor publication that highlights important technologies and companies, today announced an interview with Dennis O’Neill, President of Bio-Kai, a 100% organic, non-GMO astaxanthin, biosynthetic astaxanthin company, producing astaxanthin for the salmon, poultry and cattle industries, headquartered in Fremont, California. “We solve a major problem for the fish-feed market which means that they need to get off of synthetic products and that is being demanded by the grocery stores that carry these products.” Asked what is Bio-Kai, Mr. O’Neill told CEOCFO’s Senior Editor Lynn Fosse, “Bio-Kai is a biosynthesis platform that biosynthesis a compound called astaxanthin which is used for animal feed and is also is used in human consumption market because it is 550 times stronger than vitamin E as an antioxidant, 550 times stronger than green tea, 800 times stronger than CoQ10 and 6000 times stronger than vitamin C.”

In the interview Mr. O’Neill explained the advantage their product offers, “What we offer is a 99% pharmaceutical grade bioorganic compound that has zero toxins or contaminates. It is the exact same product every single time and we can sell it at a price of the synthetic. The advantage here is the largest buyer of astaxanthin for fish farms, they can get an organic product instead of a synthetic product for the same price. All the major grocery stores like Wholefoods and all these major chains are looking for products that have no synthetics in them. So for that is the reason we believe that we are going to be able to replace all the synthetic products in the market which is about $150 million right now, with an organic product.” Mr. O’Neill continues defining the market, “Right now, the astaxanthin market is a billion-dollar marketplace and I would say about 80% or maybe 85% is in the fish-feed space. The balance of it is in human consumption but that is growing exponentially now due to the health benefits. The reason why we went into the fish feed market first is because this is the largest percentage of the market that we could disrupt in a significant way… Probably 98% of these feeds are using a synthetic product.”

Mr. O’Neill emphasized, “Our product is Organic and Non-GMO because for human consumption we are planning to use Organic, Non-GMO sugar as a starting material. We are not using any antibiotics or pesticides. And we are purifying our product to remove any traces of DNA, which is easy to do for compounds like Astaxanthin.”

Discussing where they are in development and production, Mr. O’Neill said, “We are already in pilot scale production, so we have been providing samples to large global buyers. We are now raising capital to go into large scale production and we may do some contract manufacturing initially just to get the product into the market as quickly as possible but ultimately, we will be building our own facilities in multiple geographic areas to supply the market.”