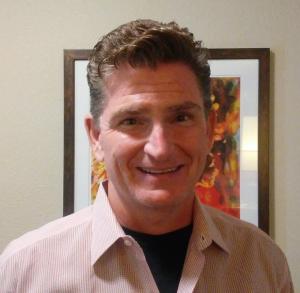 FREMONT, CALIFORNIA, US, December 29, 2020 /EINPresswire.com/ — CEOCFO Magazine, an independent business and investor publication that highlights important technologies and companies, today announced an interview (https://www.ceocfointerviews.com/biomedican20.html) with Dennis O’Neill, President of BioMedican, a biotech company, growing pure high-value compounds, using biosynthesis of rare cannabinoids in yeast, headquartered in Fremont, California. “I think that at the end of the day what we are producing is a 99% pharmaceutical grade compound that is bioidentical to what takes place in nature so it is 100% organic and we are doing it at 70% to 90% less than the current wholesale prices. What is going to win this market very simply is the people that have the highest quality and the lowest cost.” Asked by CEOCFO’s Senior Editor Lynn Fosse what the focus is for BioMedican Mr. O’Neill said, “BioMedican is a biosynthesis platform that produces through biosynthesis rare cannabinoids and other high value compounds. On the cannabinoids, we produce scientific cannabis therapeutics. We have four patents that are pending on our process and what we produce is organic, non-GMO, bioidentical molecules to what occurs in nature.”

Mr. O’Neill told us the problem they are solving; “Obviously we know that the CBD market has been booming. It went from an unknown substance to now being sold in hundreds of thousands of locations globally. The health benefits are well-known. The problem with the grow, harvest, extract and purification process is that these rare cannabinoids show up in very trace amounts in each plant, so you have to grow a tremendous amount of plants to end up with a small amount of these rare cannabinoids. As part of that process, the cannabis plant ends up pulling out all the toxins and contaminants out of the soil, so they all have to be purified out as well. What we realized was that there are significant benefits of these rare cannabinoids that are significantly better than just CBD, like CBG/CBGA, THCV/THCVA, CBN/CBNA. The issue became how we could do it better, safer and more cost-effective than to grow, harvest, extract, and purification process.”

In the interview Mr. O’Neill explained the process they use to get their cannabinoids and where they come from, “We have an organic biosynthesis process and what we utilize with biosynthesis is water, a specialized yeast and sugar, and we take it through a fermentation process in which we target certain cannabinoids like CBG/CBGA, THCV/THCVA, or CBN/CBNA, and then we produce an organic pharmaceutical grade compound.” Mr. O’Neill continues, “By utilizing biosynthesis and what we utilize is Yarrowia lipolytica as a very specific type of yeast, what we are able to do is produce 99% pharmaceutical grade compound, zero toxins, zero contaminants, and we can produce virtually unlimited amounts because we do continuous fermentation, we harvest every day as opposed to once or twice a year, and we can do it at least at 70% to 90% less than what the current wholesale prices are. What that ends up doing is that the benefits of these rare cannabinoids like CBG/CBGA and THCV/THCVA, it makes a better and higher quality product that is 99% pharmaceutical grade and it makes it vastly more affordable to millions if not billions of people around the planet. That was the reason we thought that biosynthesizing rare cannabinoids was something that we should do. The CBD market is expected to be $146 billion by 2026. The biosynthesize cannabinoid market is expected to be $10 billion by 2025 and that is according to a Raymond James analyst that covers this space.”

Explaining the benefit of their process over traditional farming, Mr. O’Neill told CEOCFO, “Rare cannabinoids cannot be commercially, viably produced by farming because you would have to do thousands of acres and it would take a significant amount of natural resources and energy and the cost would be prohibitive to do so. We have a 100% organic process because what we end up with is bioidentical to what takes place in nature, there is absolutely no difference between our molecule and the molecule that takes place in nature. The only difference is and the reason why these large distribution networks prefer to use BioMedican is that every single plant is a little bit different, every single grow season is a little bit different no matter what you do, so you cannot produce in nature the same exact product every single time, kind of like you cannot produce the same wine every year.”

As to the results of using their process, Mr. O’Neill emphasized, “With biosynthesis we produce the exact same molecule each and every time and we can do it at significantly less cost but we also utilize 90% less energy and natural resources which makes this a sustainable model to where we are not burning up massive amounts of natural resources and energy as part of the process. As long as it is organic and bioidentical, about 90% of the market is in full support of it.”

Asked if they were seeding funding investments or partnerships, Mr. O’Neill responded, “Yes, we are, we are seeking all of the above. We are currently raising $12.5 million; we have a lead investor in place if people are interested. The lead investor has invested $2 million in previous rounds. We are looking for partnerships both within the United States and globally for distribution networks. We are looking to be a supplier to the market to where we supply the compounds and then these companies formulate their own product and then they distribute that into whatever online or retail location.”