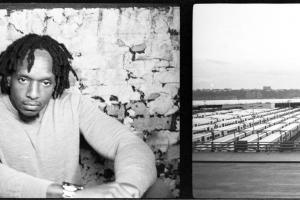 LA-based rap artist, singer and songwriter, Yearwood has just released an impressive music video, titled “Black Panther”, about the inequality and abuse of black lives. Yearwood has created this in conjunction with the 100 year anniversary of the Tulsa Race Massacre of 1921 and current systemic racism in the USA.

Yearwood was born and raised in Trinidad and Tobago, where he grew up surrounded by dancehall and soca music. However, music didn’t play an important role in his life until he was introduced to DMX.

Through artists such as DMX and JAY-Z, Yearwood discovered a strong connection to rap music. It provided a portal for him to express himself through art.

He began to pursue a career in music five years ago after his first session at a recording studio in New York. After this, he not only cultivated a prosperous career as an artist but, also built a data science-driven startup company around music.

“Black Panther” is an incredibly powerful rap song and music video from his upcoming debut album, Animal Farm. It may cause some viewers to feel uneasy, but this kind of brutal honesty is exactly what is needed.

For decades there was an intentional cover-up of the Tulsa Race Massacre. Scholars later discovered that the police and state militia archives concerning the massacre were missing. There were no public ceremonies, memorials for the dead or any efforts to commemorate the events of May 31-June 1, 1921. As a result, until recently the Tulsa Race Massacre was rarely mentioned in history books, taught in schools or even talked about.

The visual footage of this music video alone is enough to take your breath away. Impactful images of BLM protests, Ku Klux Klan burnings, white supremacists, beatings, and constant flashes of inequality statements flood the screen.

The impact is heightened as we listen to Yearwood’s compelling and poignant lyrics, such as: “we’re marching with our fists up and nothing can stop us. This should make your blood boil. You should be seething. Think about George Floyd, he should be breathing”.

Yearwood has created a seriously impressive piece of art that delivers a potent and lasting impression. He presents a clear and thought-provoking message that should be seen, heard and shared.

What’s next for Yearwood?

Yearwood has exciting projects in the pipeline this year and he is set to release his upcoming album, Animal Farm this summer. This is a seven-song project with each song named after an animal. Black Panther is the first single from this project and we are excited to see the completion of this album. If you enjoy music from artists such as Kendrick Lamar and Big Sean, then Yearwood will fit perfectly on your rap playlist.

Keep an eye out for his future releases, in the meantime, Yearwood has a message for all his listeners: “if Black Panther resonates with you. If this captures the way systemic racism or white supremacy in America makes you feel, share this video with your friends, enemies, and your neighbours. Make people uncomfortable. Spark a dialogue. Especially if you’re white. We appreciate all the allies we have in the fight for equality and we won’t make nearly as much progress as we can without your help.”