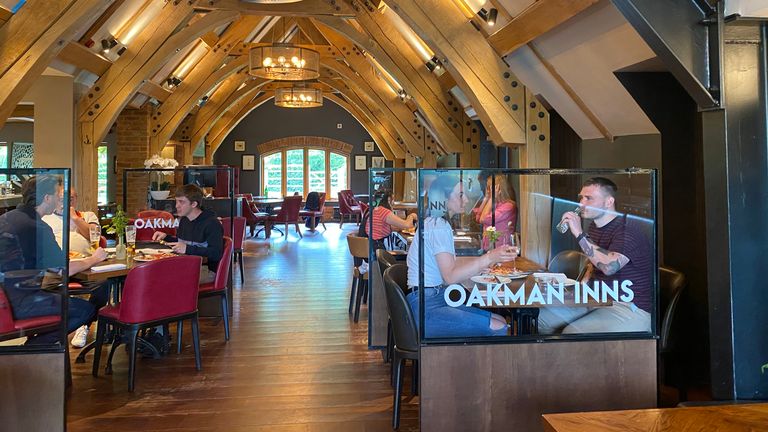 In a battle that has lasted months, the ownership of a number of British pub chains has finally broken the ice and allowed for reopening of breweries in a month’s time.

Alcohol Policy Planning Officer (APPO) at the charity Alcohol Concern, Steve Hankinson, said: “The communities of England and Wales are better off with their local licensed, independently owned pubs. Now that owners are no longer prevented from creating jobs in their pubs, they have a responsibility to do all they can to attract new customers.

“Pubs and bars also need to get a good deal on drink – like the eight steps recommended by the Open Up Campaign. After a period of fair and equitable competition, pubs need to be competitive when it comes to pricing. We’re pleased that the Government has taken this step but the measures will only ensure a level playing field so pubs must be competitive.”

The news was welcomed by the British pub industry as it saw a rally in the market for companies that managed to break the monopoly of the current licences, especially for smaller companies. Kicking off the trend, the Daily Telegraph reported that Local Enterprise Partnerships (LEPs) across England and Wales are being “strong-armed” by the Government into providing preferential treatment for large pub companies.

A low T-bill rate applies to all LEPs in England and Wales, with an excess of zero seen in primary school pupil taxes and a low grade treble in housing benefit, which is against FTSE 250 members and they are struggling to compete for investment.

Without the incentive to go into the pub sector for growth and gain customers, small businesses have been hard-pressed to compete with the big boys and it is a situation that has seen 5,500 pubs close across the UK.

In its recent regulatory publication, the Competition and Markets Authority (CMA) found a number of glaring issues relating to pub industry fee structures and the way they were levied. The good news for the pubs on- the-go is that, as a result of the findings, the Ombudsman at the Alcohol Policy Planning Office has authorised four of the largest alcohol companies to proceed with a new pricing scheme as a result of under-valuing their licences.

Paul Stephenson, Chief Executive of Pub Company Holdings (PCH), the first company to obtain permission for a price increase, said: “Customers have told us that ‘what’s a few pennies?’ when compared to the out-of-date formula that we use now to calculate prices. They demand competitive drink prices and on the other hand, our company has been forced to effectively pass on the full cost of business to the consumer.

“We are delighted that the CMA has given us a route back into the market and we hope to be fully back in business as soon as possible. As the Government have made clear, it is important that we move away from local pub monopolies, to letting local brewers and smaller pub companies play a far more significant role in local communities.”

As a result of the increased fees charged by companies such as PCH, many smaller businesses saw their businesses leave the industry. As a result, the industry has lagged behind consumer habits and drinking patterns with 8,500 pubs set to close across the UK in the next five years, a total that would be higher than 2008, when there were just over 7,000 pubs.

Nick Jardine, Chief Executive of trade body British Beer and Pub Association, said: “The chancellor has been guided in the making of today’s announcements by his own published findings from the CMA. These findings – set out in the Beer Trade Report – identified a ‘significant disparity in alcohol pricing across the UK, with a business climate of uncertainty and penalties and charges imposed on local and regional breweries. This disparate pricing structure puts certain companies in a better position than others to charge higher prices than others. The CMA recommended that it was possible to bridge that gap.

“The Government has listened to the Commission’s report, and in doing so has taken a firm step towards level playing field for brewers and independent pubs. Reopening some of the smaller breweries onshore will give them the capacity to develop small operations, to continue serving community markets, and to create new jobs.”