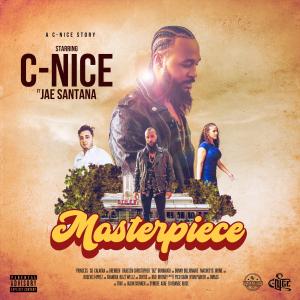 LOS ANGELES, CA, UNITED STATES, July 9, 2021 /EINPresswire.com/ — Long Beach rapper C-Nice is ready to light up this summer with a sultry crossover hit. The hip-hop performer’s new single, titled “Masterpiece”, sees him partner up with singer Jae Santana for an evocative and flirtatious track that exudes modern romance. “Masterpiece” is the latest offering from C-Nice’s upcoming studio EP, which will be released later this summer.

C-Nice made his first big splash in the music scene more than a decade ago, when his single “Do For Me” received heavy airplay from local radio station 93.5 K-DAY. The rapper would quickly follow up on that success with the release of his mixtape ‘The Orientation’, which featured guest appearances from Grammy-winning modern legends Kendrick Lamar and Jay Rock. Most recently, C-Nice has made waves once again with his recent singles, including “Small Talk” and “The Recoup”.

In addition to his music career, C-Nice also participates in supporting his community. Currently, he’s a part of the Hope Foundation, regularly helping out with drives, giveaways, and events for the holidays. While this involvement in the community is necessary in and of itself, it has also enabled C-Nice to better understand the world around him—which is ultimately what informs his lyricism.

“Masterpiece” is out now on all major streaming platforms. For more on C-Nice, visit https://beacons.page/cnicelb