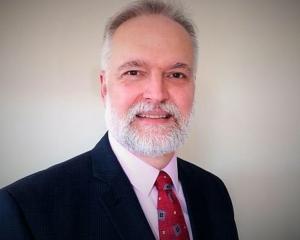 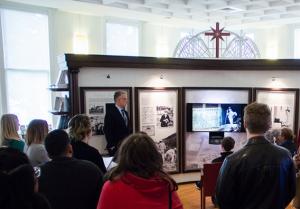 Before the pandemic, Rev. Fesler would tour religious studies classes through the Church of Scientology Nashville public information center and answer their questions a out Scientology 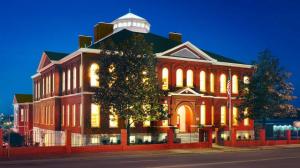 LOS ANGELES, CALIFORNIA, UNITED STATES, April 29, 2021 /EINPresswire.com/ — Pastor of the Church of Scientology Nashville and vice president of Religion Communicators Council (RCC) Board of Governors, Brian Fesler is a decades-long veteran in the art of making religion meaningful across religious and cultural divides.

But it wasn’t until COVID-19 erupted in 2020 that Fesler realized the sheer scope of his role as a religious communicator. Suddenly, as millions of people saw their daily lives drastically disrupted, he was among the religious leaders reaching out virtually with cross-cultural spiritual sustenance, helping their communities get past the pandemic’s worst existential crises.

RCC and its chapters across the nation are devoted to promoting religious literacy, faith and values and providing opportunities for the networking and professional development of communicators from faith-based organizations.

This April, Fesler was elected National Vice President of RCC and coordinated the DeRose-Hinkhouse Memorial Awards, which are given annually to active members of the Religion Communicators Council who demonstrate excellence in religious communications and public relations.

“I loved working with our members and answering their questions,” says Fesler. “I loved the excitement of it all.” He particularly valued the judges, who encourage peers and counterparts, regardless of their faith tradition.

Meeting with and interviewing winners of the awards in the “Best-in-Class” category was a “joy and honor,” Fesler says.

Among this year’s Best-in-Class winners was Susan Engle of the U.S. Bahá’í National Center for her book Dizzy Gillespie: A Man, a Trumpet and a Journey to Bebop. The legendary trumpeter was a member of the Bahá’í faith and the first jazz musician to undertake cultural missions in foreign countries on behalf of the U.S. Department of State.

Other winners included Donna Frischknecht Jackson, editor of Presbyterians Today, whose article “And the Steeple Bell Rang: A Rural Church’s Holy Week Witness in a Pandemic” explores the challenges of reaching a balance between safety and the need of the congregation for human contact and interaction in the time of COVID-19.

Religion Communicators Council, formed in 1929, is one of the oldest public relations groups in the U.S. It was initially open only to members of Christian denominations. In the early 1970s, the organization opened its doors to people of all faiths. Today the RCC includes representatives from dozens of beliefs spanning the world’s spiritual spectrum.

Fesler, who serves at the Church of Scientology and Celebrity Center in Nashville, Tennessee, was ordained in 2005. A banjo-strumming lover of bluegrass music, the cultural pull of bluegrass first brought him to Nashville from his native Iowa in 1986 when he was 19. On arriving in Music City, something else caught Fesler’s imagination: He bought and read a copy of Dianetics: The Modern Science of Mental Health, the seminal work of Scientology Founder L. Ron Hubbard, and he became involved with the local Scientology community.

Fesler moved in 1991 from Nashville to Minneapolis and joined staff at the Church of Scientology of Twin Cities. He moved back to Nashville in 2009 to oversee the Nashville Church’s community, interfaith and public affairs. He is involved with the Church’s Volunteer Ministers program and coordinates Church-supported humanitarian campaigns including the local chapter of Foundation for a Drug-Free World which promotes The Truth About Drugs drug prevention campaign, Tennessee United for Human Rights, and the local chapter of the mental health watchdog Citizens Commission on Human Rights.

Fesler is also a mainstay of the Nashville Human Rights Day Celebration. As committee chair of the Tennessee Human Rights Commission which hosts the event, he works with Amnesty International and other organizations and groups to honor human rights leaders with Lifetime Achievement Awards.

For more information on the interfaith actions of the Church of Scientology, visit the Scientology Religious Freedom Blog, published to help create a better understanding of the freedom of religion and belief and provide news on religious freedom and issues affecting this freedom around the world.

The Founder of the Scientology religion is L. Ron Hubbard and Mr. David Miscavige is the religion’s ecclesiastical leader.