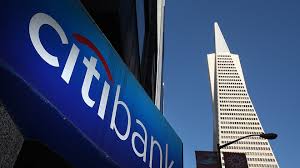 UBS Wednesday raised its price target on Citigroup to $64 from $50, with the bank predicting the shares will be buoyed by a pickup in consumer loan growth and asset management.

The bank, which owns about 2% of Citigroup, has raised its rating on the stock to “buy” from “neutral.”

Citigroup shares are down nearly 10% in the past 12 months while the S&P 500 is up about 1%. Citigroup is trading at just 83% of its tangible book value.

The bank, which has said it still sees a positive outlook for the economy in 2019 and 2020, also announced an initiative to automate its customer interactions. Citigroup uses artificial intelligence to better monitor consumer behavior.

The company’s legacy business of commercial and retail banking declined 2% in the first quarter while its consumer banking division — focused on the consumer banking operations in the U.S. — was up 5%. The results reflect changes at the bank, including fewer mortgage originations, which put pressure on revenue.

Citigroup is the second-largest U.S. bank by assets. The bank has operations in 100 countries around the world, including 80% of the emerging markets.