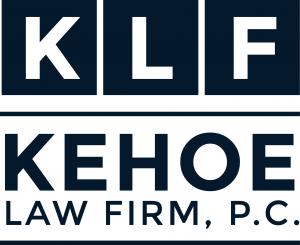 INVESTORS WHO PURCHASED, OR OTHERWISE ACQUIRED, THE SECURITIES OF NORTHERN DYNASTY MINERALS BETWEEN DECEMBER 21, 2017 AND NOVEMBER 25, 2020, BOTH DATES INCLUSIVE (THE “CLASS PERIOD”), AND SUFFERED LOSSES GREATER THAN $250,000 ARE ENCOURAGED TO CONTACT KEVIN CAULEY, DIRECTOR, BUSINESS DEVELOPMENT, (215) 792-6676, EXT. 802, KCAULEY@KEHOELAWFIRM.COM, SECURITIES@KEHOELAWFIRM.COM, TO DISCUSS THE SECURITIES INVESTIGATION OR POTENTIAL LEGAL CLAIMS.

According to class action complaint, throughout the Class Period, the Northern Dynasty defendants made false and/or misleading statements and/or failed to disclose that the Company’s Pebble Project was contrary to Clean Water Act guidelines and to the public interest; Northern Dynasty planned that the Pebble Project would be larger in duration and scope than conveyed to the public; (3) as a result, the Company’s permit applications for the Pebble Project would be denied by the U.S. Army Corps of Engineers; and (4) as a result, the Northern Dynasty Defendants’ public statements were materially false and/or misleading at all relevant times. When the true details entered the market, the lawsuit alleges that investors suffered damages.

On November 25, 2020, Northern Dynasty stated that “. . . its 100%-owned, US-based subsidiary Pebble Limited Partnership . . . received formal notification from the US Army Corps of Engineers . . . that its application for permits under the Clean Water Act and other federal statutes has been denied. The lead federal regulator found Pebble’s ‘compensatory mitigation plan’ as submitted earlier this month to be ‘non-compliant’, and that the project is ‘not in the public interest’.”