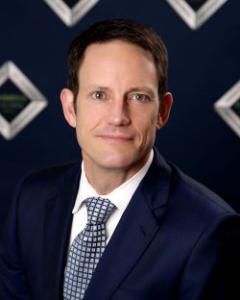 COLUMBUS, OH, UNITED STATES, April 7, 2021 /EINPresswire.com/ — People charged with DUI (called ‘OVI’ in Ohio) have many questions. The Ohio DUI/OVI Guide was written to answer those questions. The book was written by attorney Shawn Dominy, the founder of the Dominy Law Firm in Columbus, Ohio. The firm practices criminal defense with a focus on representing clients charged with OVI and serious vehicular crimes.

For individuals charged with OVI, Dominy recommends self-education. He stated, “Because this is usually a person’s first time experiencing the court process, they typically feel like they are in the dark. I know how empowering it has been for my clients to have their questions answered. The book is a way for people to learn more about their situation before taking action. By understanding the situation more clearly, they can reduce anxiety and make good decisions about their cases.”

The Ohio DUI/OVI Guide is presented in five parts. The first part explains the different types of OVI charges and what the prosecution must prove for an OVI conviction. It also describes the potential consequences if there is a conviction. Those consequences include mandatory minimum sentences which increase with subsequent convictions, as well as secondary consequences which may impact a person’s life.

The second part of the book discusses evidence in OVI cases. It sheds light on what officers look for to determine if a driver is under the influence. The second part also explains the tests used in OVI cases, such as field sobriety tests, breath tests, blood tests and urine tests.

The book’s third part addresses the defenses used in OVI cases and includes a list of the top 100 defenses to OVI charges. The fourth part describes the phases of the court process: the arraignment, pretrial, motion hearing, trial, and sentence hearing.

The fifth part of the book is designed to help readers make decisions about how to handle their OVI case. It helps answer three questions:

Dominy says the book does not persuade readers to take a particular course of action. He said, “The purpose of Part Five is not to advise. The purpose is to give readers a framework to evaluate the circumstances and make well-informed decisions.” Part Five helps readers determine whether they want to hire a lawyer. If the reader chooses to hire a lawyer, the book identifies resources for researching lawyers, a list of qualifications to look for in OVI lawyers, and several questions to ask before hiring a lawyer.

The Ohio DUI/OVI Guide is for sale on Amazon. The Kindle version can be purchased for $5.99, and the paperback version can be ordered for $9.95. Dominy said the book was not written for financial gain. He commented, “I don’t expect this to be a New York Times Best Seller. I do, however, expect it to be helpful to readers facing drunk driving charges.”

Dominy has authored other works on DUI/OVI defense. He wrote a section of Defending DUI Vehicular Homicide Cases (West/Aspatore Publishing) and contributed a section of Drunk Driving Defense, 9th Edition (Walters Kluwer). His magazine articles on DUI/OVI topics have been featured in state and national publications, he writes regularly in his blog, Columbus OVI Attorney Blog, and he also contributes articles for the national DUI News Blog.