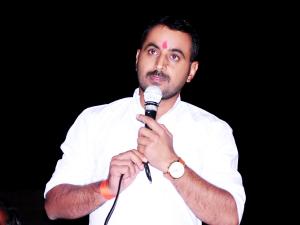 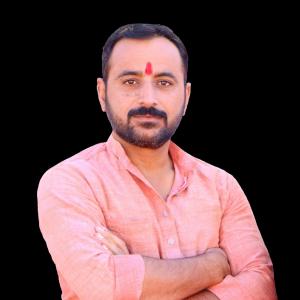 Corona could not even touch the last village on the Indo-Pak border, not a single positive till now and… 100% vaccination

Raised the problems of the border area, Public awareness and Social Worker and He is a courageous and struggling man, who gives ample opportunity to face him with his courage and confidence.”
— Lalu Singh Sodha

JAISALMER, RAJASTHAN, INDIA, July 9, 2021 /EINPresswire.com/ — It is talking about such a village from which the whole of India should learn in this global epidemic, yes that last village of India, Karda, which is located in Jaisalmer district of Rajasthan state, is situated at a distance of three km from the Indo-Pak international border. Talking to villager Lalu Singh Sodha, he told that in Marwari it means difficult. According to the name, the life of the people living here is also very tough. In this village, which is situated in the middle of sand storm keeps blowing from 10 am to 7 pm for 4 to 5 months in a year. In Karda these days, despite the cloud of dust and the mercury reaching 45° degrees, some people were feeding their cows with fodder. Even women and children were not to be seen in the streets of the village. Right now the corona is not completely over, for this they are instructed to stay in their homes. In this village with a population of about one thousand, only 15-20 people were seen outside the houses. Everyone else was in their homes. There is a system of water and electricity in the village through the government’s Border Area Development Scheme. There is little rain here, the means of livelihood of all the villagers is animal husbandry. There are more than two thousand cows in this village. Both the waves of Corona created an outcry in Jaisalmer district. More than 18 thousand positives were found and around 250 deaths occurred. Discipline regarding corona among the people of this village is such that no outsider was allowed to enter the village when the effect of corona started. Their own family members who live in the city have made it mandatory to bring negative reports with them.

Youth took over…
The local youth, sensing the corona epidemic in the past, formed a team under the leadership of Lalu Singh Sodha and undertook awareness and vigilance in the village that no outsider would be allowed to enter the village and if anyone from the village came, they would be negative. For bringing the report or for it, a cover was arranged in a separate assembly hall from the village and the villagers were instructed to stay away from it. Lalu Singh Sodha always takes an active role in social work and is also a pioneer in raising the problems of the border area.

Despite limited resources
Even in today’s modern era, this village is not so resourceful due to being on the border, learn discipline from them, almost all the elders of the village are illiterate. Even in the digital age, this village does not have any kind of network facility yet, despite this, their awareness and discipline are created on sight. Due to the unity and vigilance of the village, the whole village defeated this epidemic, as a result of this, they did not allow the entry of Corona here.

45+ seventy percent vaccination
Within three km from Jaisalmer Tarbandi, the last end of the Indian border, Karda village awareness is now a matter of awareness. As soon as 45 plus vaccines started in Jaisalmer, most of the elders here got them vaccinated by hand. Villager Lalu Singh Sodha told that when misconceptions were being spread among the people regarding vaccines in the cities, then the youth of our village came forward and inspired the village elders and chiefs by taking nursing staff along with them. Taking inspiration, the entire village got 45 plus 100% vaccination. Now 18 plus vaccines are being awaited here so that all the youth can also get vaccinated.

Karda model-
Where the second wave affected the most affected rural areas, Corona settled in this remote and inaccessible area at the same time, where despite the lack of resources, Corona could not touch due to the vigilance of the villagers of Karda village, there was an outcry in the whole country. Meanwhile, due to such positive news, it is a matter of discussion in Jaisalmer district today that this kara model has emerged.

This is the video of Karda village which was published on News18 news channel.