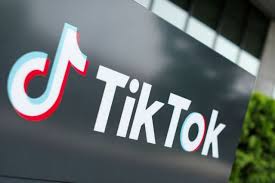 Could the Second Presidential Debate Be Held on Zoom?

Last year, I was interviewed by Vox when I volunteered to be in charge of working on a young community of like-minded people who wanted to start a cable TV and video station in Los Angeles. As you may know, last month, Vice President Mike Pence called the administration’s proposal to network with the Government Broadcasting Service to “broaden” free distribution of “conservative news.” But I could see that some of those in charge of the government supported run, Air America would not be excited about the idea. A Netflix-style proposal for “legit” conservative and liberal talk programming would feel like something that would launch the 30-second ad back to its pre-Citizens United origins.

And I was not about to see the day when millennials – who are expected to be the first age group ever to control the largest part of the television and internet ecosystem – can even interact with people who neither share their views nor attend their events. In my long experience in the media, I have been around people all the time who are really wonderful to work with, who would have a killer time listening to what they have to say and are absolutely loving just being with them. But they are few and far between, and if this White House really wants to control how our lives are shaped, why would they spend time putting people like this in such precarious positions.

On the other hand, there is an enormous need to bring together people with similar views to not only have healthy discussions of current events, but also to connect in social media, to connect people who feel like we share more than “ideological common ground” on important issues. After all, building the next generation of YouTube stars, liberal actors and thought leaders should have nothing to do with how our favorite professional athletes – they will never speak to me – are engaging their fans via social media. Why has it always come down to the NFL and MLB being able to make such a surefire decision as to whether, and to what extent, to cater to its most passionate fans?

But there is a lot of long-term value to be extracted from the potential benefits of converting parts of the US Government into a channel that will truly look forward and be responsive to the people rather than rigidly cater to a current audience and make programming decisions that reflect how their competitors are perceived.

Last year I met Joshua Rogers, one of the many people here at Vox I first met when he had the idea to start a media outlet, which ended up becoming Vox, I hope to find more success with. But before I met him, I could see that something was brewing and I was not the only one.

Last spring, the White House proposed to use the US Government as a backstop for states to subsidize the establishment of high-speed internet connections for homes that may not be able to afford it, even if the towns in which they live will not be able to afford the internet. While there was a risk in creating a subsidy that is subject to abuse by the entities being forced to build the infrastructure (a problem that no doubt would occur and was already known before this proposed Federal subsidy), there was also a risk in putting people in those towns that do not qualify for assistance to get the internet.

When we do something that is not fair for everyone, and we do it often, we cannot expect everyone to accept it, even if it is even unfair. And even those who have earned it have a right to ask for it and is not intended as a hardship to those that don’t get it. And we should know better than to have things called “choice” for the benefit of those who do have it and not others, so long as the burden that is granted to the majority outweighs the unfairness and dislocation that is to be expected when it is bestowed.

While I believe that the administration would prefer to not acknowledge it, this reckless effort to impose a form of fascism on the United States is hurting more Americans than Americans of other stripes, including many more than I care to admit.