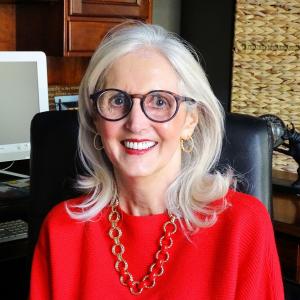 How can couples learn to manage those powerful emotions that can be generated between them?

UNITED STATES, June 2, 2021 /EINPresswire.com/ — Do you ever recall walking into a room and immediately feeling the heavy, lingering negativity after a couple has had a fight?

How can couples learn to manage those powerful emotions that can be generated between them?

To create a conscious relationship it is important to be aware of the feelings that are created between partners, especially for intimate couples, because their combined emotions are greater than the sum of their individual parts. When couples become aware and learn to be mindful of the energy that is created between them, rather than focus on their individual differences, they are creating conscious relationships.

The philosopher and Priest, Pierre Teilhard deChardin did a wedding and explained to the couple that there were three entities in the wedding including the bride, groom and a baby. The baby was their combined consciousness and if they did not take care of that the baby could get sick and die.

I’ve observed the tendency of partners to first go through the romantic phase of their relationship, where their combined conscious remains buoyant, lively and fulfilling. At this point they don’t perceive differences in each other. The feeling between these couples shines a bright light across the world and life is viewed from a beautiful kaleidoscope. During this romantic phase, couples project on their partner and the world a canvas filled with images of beauty, goodness and love. And this focus on the combined rainbow of beautiful colors catapults them into a higher consciousness.

My husband and I were mental health professionals when we married over thirty years ago but we had to drop the baby on its head many times before we were able to manage our difference and learn to be close and separate. One example is when we were in a day long right-wrong game. He turned to me and said, “If there were a jury of your peers here they would also say you are wrong!” With that pronouncement, We were finally able to turn toward one another with some compassion and humor and remind ourselves that no judge would drop out of the ceiling.

When couples begin to become aware of the differences and faults, they fail to realize that their partner is a symbol and catalyst for the poetry of life. During the romantic phase they view each other in an idealized manner. But, months or years later, when they are entrenched in power struggles, their partner becomes a cardboard-cut-out on which they project threatening characters from their own past. Such perceptions launch soulless, automatic, rigid, right vs. wrong games that separate partners not only from one another, but from the positive transcendent of their combined consciousness.
Instead of couples wishing for a judge and jury to litigate their individual differences, they can develop tools to manage the potentially creative or destructive powers, which often unconsciously exist between them.

• Focus on the process between you, rather than your differences.

• Work on accepting the imperfections of yourself and your partner, while looking for the deeper meaning in repetitive arguments.

• Get curious about your learned patterns that you project on your partner. These grievances can be teachers.

• Learn to use the combined relationship emotions for creative life-enhancement, instead of destructive maneuvers.

• Work to make each other’s lives larger, instead of smaller.

• Co-create a picture of what your ideal relationship looks like and visualize that image daily.

• Make a commitment, to yourself and to step out of destructive interactions that can damage and may ultimately destroy shared consciousness.

• Use the word “We” when discussing problems between you instead of blaming one another.

• Remember that we all have an unconscious shadow side and need to consider the ways that we hurt those close to us.

• Take time outs when you are in a destructive dance and learn to respond instead of react.

• Develop a code word to use when either of you are too reactive to have a discussion. We use “persimmon” because it sounds funny and makes us think of how puckered up we are acting.

• Work on being curious instead of furious.

Marion Woodman describes the first time she saw her husband free of her own projections after three years of marriage, when she heard him rattling around the kitchen, attempting to poach an egg. At first, she began to think in terms of “shoulds”, becoming judgmental of his inadequacy in the kitchen. Then, she let go of judgment and became able to see him for himself for the very first time, as he stood on spindly legs in his bermuda shorts, holding an imperfect poached egg. She felt love for him just as he was.

BIO: Dr. Linda Miles has a doctorate in Counseling Psychology and thirty five years of experience as a psychotherapist. She has written several books. Her latest book is Change Your Story, Change Your Brain. She has written articles for the Boston Globe, Wall Street Journal, Miami Herald and numerous other publications. She has also been guest expert on CNN, Fox News and numerous other media outlets. // Dr.Lindamiles.com