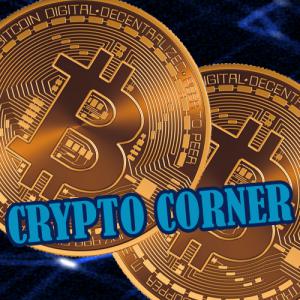 Investorideas.com issues a special news report looking at recent news and developments in the bitcoin/cryptocurrency sector

Miners have been ramping up capacity in expectation of higher Bitcoin prices and as it reached a recent high on January 8th of just under $42,000, it looks like the bet will pay off in 2021. Other companies in the sector are capitalizing on the historic rise by investing directly in Bitcoin.

ISW Holdings, Inc. (OTC: ISWH) is leveraging its bet both ways. The Company just announced that it is in the process of converting $20,000 of the Company’s cash holdings into Bitcoin. The Company also announces that it will be regularly conducting similar transactions on a quarterly basis to convert a percentage of cash flows into Bitcoin.

From the news: Management expects this transaction to be completed this week. The Company began transitioning cash resources into Bitcoin with an initial transaction in March 2019 at approximately $4,000/Bitcoin.

Continued: “We believe in the future of Bitcoin and digital payment systems, and cash represents an unproductive asset given the degree of monetary expansion, stimulus, and debt dragging down traditional currency systems,” commented Alonzo Pierce, President and Chairman of ISW Holdings. “We are also on schedule to launch mining operations through our S19 Pod5 solution at the Bit5ive renewable energy project by the end of January.”

Continued: The Company’s first mining pod is set to launch operationally before the end of January.

Riot Blockchain, Inc. (NASDAQ: RIOT) in late December announced an expected 65% increase in bitcoin mining hash rate capacity resulting from the purchase and future deployment of 15,000 S19 Pro and S19j Pro Antminers from Bitmain Technologies Limited (“Bitmain”). The approximate $35 million purchase is comprised of 3,000 S19 Pro Antminers (110 TH) and 12,000 S19j Pro Antminers (100 TH). These additional miners are scheduled for receipt and deployment starting in May 2021 and continuing through October 2021.

From the news: This new order of miners, combined with the Company’s prior miner purchases, is expected to significantly increase Riot’s estimated bitcoin mining hash rate from the previously announced 2.3 EH/s to 3.8 EH/s. The Company has been receiving and deploying new miners consistently through 2020, including this new purchase; the delivery schedule continues into the fourth quarter of 2021.

Continued: At full deployment of Riot’s 37,640 next-generation fleet of miners, Riot estimates its total operational hash rate capacity will be 3.8 EH/s and consume approximately 120 MW of energy. As a result, the Company expects to have an aggregate mining efficiency of 31.79±% 5 joules per terahash (J/TH).
HIVE Blockchain Technologies Ltd. (TSX.V:HIVE)(OTCQX:HVBTF)(FSE:HBF) recently announced the purchase of 4,180 MicroBT WhatsMiner M31S+ next generation miners with an aggregate operating hash power of 334 Petahash per second (PH/s) as it continues to expand its bitcoin mining operations.

From the news: With the addition of these 4,180 MicroBT WhatsMiner M31S+ Miners, HIVE’s aggregate operating hash rate from Bitcoin mining to almost double to an estimated 653 PH/s.

Marathon Patent Group, Inc. (NASDAQ:MARA), one of the largest enterprise Bitcoin self-mining companies in North America looking at significant expansion announced that it has entered into securities purchase agreements with several institutional investors for the purchase and sale in a registered direct offering of 12,500,000 shares of its common stock at an offering price of $20.0 per share.

The gross proceeds of this offering are expected to be $250 million, before deducting placement agent fees and other offering expenses payable by Marathon. The Company intends to use the net proceeds of this offering for general corporate purposes and to fund ongoing operations and expansion of its business.
On December 9th the company announced it entered into a contract with Bitmain to purchase 10,000 Antminer S-19j Pro ASIC Miners.
From the news: Under the terms of the agreement, Marathon will receive an initial batch of 6,000 S-19j Pro Miners in August 2021. The remaining 4,000 miners will be delivered in September 2021.

With the recent pullback of Bitcoin after reaching its all-time high, some investors have been scared out of market due to the volatility and the industry is calling for regulation. One firm, JPMorgan, is still very bullish for the future of the digital currency long term.

BNN Bloomberg quotes JP Morgan: “A crowding out of gold as an ‘alternative’ currency implies big upside for Bitcoin over the long term,” the strategists wrote Monday. However, “a convergence in volatilities between Bitcoin and gold is unlikely to happen quickly and is in our mind a multiyear process. This implies that the above-US$146,000 theoretical Bitcoin price target should be considered as a long-term target.”

For the miners- the game is on for 2021 as they get funded and expand capacity.

The Crypto Corner is part of the Investor Ideas Membership content