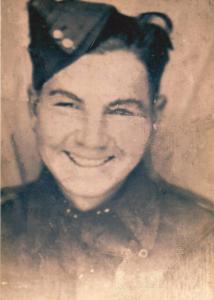 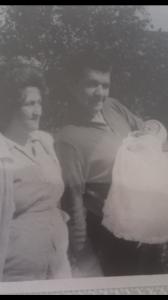 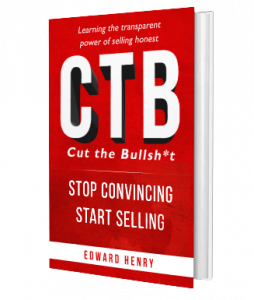 TORONTO, ONTARIO, CANADA, April 30, 2021 /EINPresswire.com/ — If you look back at the people who meant the most to you, who comes to mind? Is it someone you were close with, or someone you wasn’t always around, but they changed your life in the best way when they were? Did they lead you in the right direction without trying because that’s just the kind of person they were? Edward Henry, author of CTB – Stop CONvincing; Start Selling, had a person in his life who was the epitome of a leader, a man who helped him learn, grow, to lead others and live honestly.

Edward’s grandfather truly impacted his personal and professional life. Edward bases a great deal of how he started selling honest and creating CTB because of what he saw in his grandfather. Along with bringing many life lessons to the table, his grandfather’s character made him look back at himself and rethink whom he wanted to be. Sometimes the best people in your life don’t always impact you right away. It can take years or even one experience that brings you back to the person who was there all along.

“I used to say that my grandfather could walk in the door after getting hit by a car and sit down for supper. When asked how his day went, he would reply, ‘It was just fine.’ ” – Edward Henry in Chapter 16 of CTB – Stop CONvincing; Start Selling.

Edward’s grandfather was a simple man, and the key to him living with a positive mindset and straightforward life was honesty. The way he lived his life was the ultimate example of an honest individual who never cut any corners. Even after enlisting to join the Second World War, he always lived up to his promises and never changed who he was to please someone else. Without asking for anything in return, he was helpful, always there for his family, and didn’t have a selfish bone in his body.

“I explained to my staff how my grandfather was brilliant and could have done anything he wanted. Instead of going to university, he enlisted into the armed forces to fight in the Second World War, where he lost his hearing due to a friendly fire incident. He was always about taking care of his family and never had a selfish ambition. He kept his promises with a reputation of class, respect, honesty, and decency.” – Edward Henry in Chapter 4 of CTB – Stop CONvincing; Start Selling.

So what was next? Edward knew he wasn’t living up to his grandfather’s name the way he should’ve been. For most of his life, he was the complete opposite of his grandfather. As mentioned above, sometimes you realize how important someone is when you look back on how they lived their life and the positive influence on yours and think to yourself, “I need to change.” Edward adjusted how he did business and how he grew his relationships with those around him because of the example that his grandfather set for him. Edward’s business, Edward Henry Company, now focuses on cutting the bullsh*t (CTB) and selling honest. Selling honest is the most authentic way of defining yourself as a sales professional, and honesty will lead you through the life you were meant to live. “To my grandfather, the seeds that you have planted have finally grown.” You can download your copy of CTB – Stop CONvincing; Start Selling for free for a limited time by visiting: https://edwardhenry.ca/cut-the-bull/