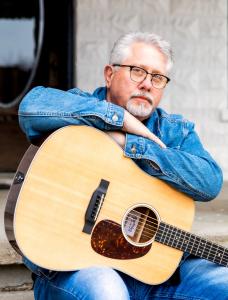 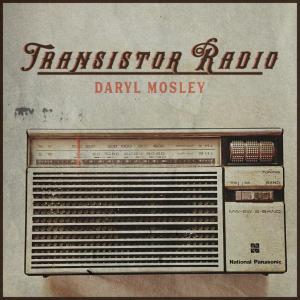 I wanted a home video feel. The ‘damaging,’ plus light leaks and a different aspect ratio on the flashbacks gave me what I was looking for.”
— Brian Smith, Director/Videographer

NASHVILLE, TN, UNITED STATES, September 3, 2021 /EINPresswire.com/ — Daryl Mosley dials up treasured memories with his new music video, “Transistor Radio,” featured this week on IndiMusic TV, Americana Highways and The Country Note. The appealing clip is a companion piece to Mosley’s latest single and is the first from his upcoming album, SMALL TOWN DREAMER (Pinecastle Records), due out this fall.

Produced by Ethan Burkhardt and directed/edited by videographer Brian Smith (Bobby & Teddi Cyrus, Steve Thomas and the Time Machine, The Barefoot Movement) the video was filmed at two South Carolina locations: an old warehouse in Taylors and a private home in Easley. The clip features seven-year-old Axel Dean as a young Daryl, and acoustic performance footage of the star. Finding the old radio in the family garage leads the character to a new world filled with music and eventually to a guitar of his own. “It’s a great story song,” Smith observes. “But I needed to link the story aspect of it to the musical presentation.” To do this, the director used different Super-8 film techniques and incorporated artificial film damage. “I wanted a home video feel,” he explains. “The ‘damaging,’ plus light leaks and a different aspect ratio on the flashbacks gave me what I was looking for.”

The result is a straightforward look back at simpler times. “The clip is a mix of new music video and homemade movies that really captures the nostalgia of the song in a ‘Wonder Years’ kind of way,” notes Daryl.

“My co-writer, Grammy-nominated songwriter Rick Lang and I both had radios nearly identical to the prop used in the video – that’s how we listened to music back then.” The Grand Ole Opry, Elvis, Aretha, Bill Monroe and more were highlights for both Mosley and Lang and all are mentioned in the song. The single was produced by Danny Roberts and Mosley and rising Bluegrass star Jaelee Roberts handled the harmony vocals. The track, with its strong cross-genre appeal, is available for fans to stream and download now; radio programmers can access the tune via Airplay Direct.

ABOUT Daryl Mosley
Award-winning singer/songwriter Daryl Mosley has applied his warm-as-country-sunshine voice and thoughtful lyrics to a wealth of memorable material for more than three decades. Throughout the ’90s, he toured as lead vocalist/bass player with much-celebrated Bluegrass group The New Tradition then, in 2001, he joined the legendary Osborne Brothers. In 2010, Mosley formed The Farm Hands, which quickly became one of the most awarded bands in Bluegrass. In 2020, Daryl stepped into the solo spotlight with THE SECRET OF LIFE. The album spent multiple weeks at #1 on the Roots Music Report Contemporary Album Chart, and the lead single (“A Few Years Ago”) spent six weeks in the top spot on the Contemporary Song Chart. Mosley has written six #1 songs, been honored as Songwriter of the Year twice and earned three Song of the Year awards (SPBGMA). Lynn Anderson, Bobby Osborne, Josh Williams, the Booth Brothers and Carolina Blue are among the many artists who have recorded Mosley’s songs. He resides in Waverly, Tennessee.