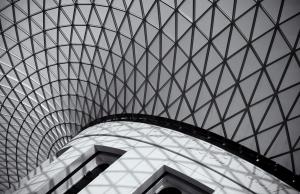 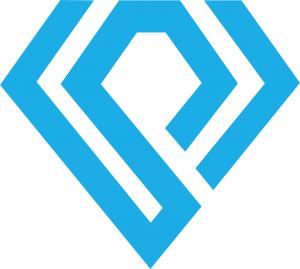 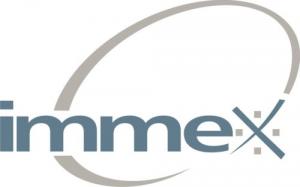 DHS Board of Directors at Work

The purchase price of the Transaction, after the adjustments set forth in the SPA, amounted to US$120,163,212

Therefore, an indirect change of control of TGS Argentina has occurred.

The purchase price of the transaction, after the adjustments set forth in the SPA, by DHS amounted to US$120,163,212 (the ‘Purchase Price’), which represents a value of US$1.335 billion for 100% of the capital stock of TGS Argentina. According to the provisions of the SPA, the Purchase Price is subject to the closing of the assignment of the ‘Aguarague’ block by TGS Argentina in favor of Tecpetrol S.A., which may imply a reduction of the Purchase Price of approximately US$2.5 million, on account of the preemptive right over such area exercised by Tecpetrol S.A. on November 25, 2020. In addition, according to the SPA, Pampa may, within a term of 60 calendar days after the date hereof, inform to TGS if it has any objection in connection with the calculation of the adjustments to the Purchase Price made by TGS as of the closing date of the Transaction. In the event of any difference, the parties shall submit themselves to the procedure set forth in the SPA in order to reach a final agreement on the Purchase Price, which will be informed in due time to investors.

“DHS is excited about this opportunity to solidify our presence in Argentina and begin operations in the gas industry with the acquisition of TGS” Fernando Aguirre, Vice Chairman of DHS stated, “TGS and DHS will work together to ensure a smooth transition and understand all of the aspects of the acquisition” Aguirre stated.

Release of retained funds in the escrow account for US$178.4 million, which were from the 20% advance over the base price paid at the signing of SPA in May 13, 2020; Sale of Transportadora de Gas del Sur S.A. (‘TGS’), as informed on July 19, 2016 and in order to comply with the provisions of Section 34 of Law No. 24,076 regulating gas natural transportation and distribution, on the date hereof the Company has disposed of the shares and rights it indirectly held in Transportadora de Gas del Sur S.A. (‘TGS’), simultaneously with the closing of this Transaction. In this connection, on the date hereof Grupo Inversor Petroquímica S.L. (a member of the GIP Group, led by the Sielecki family), WST S.A. (a member of the DHS Group) and PCT L.L.C. paid to the Company the amount of US$153 million (in addition to the US$8 million paid on July 19, 2016) as part of the purchase price for the shares and rights indirectly held by the Company in TGS, there remaining a balance of US$80 million of such purchase price which will be paid no later than February 15, 2017, with an interest of 5% p.a. (‘Sale of TGS’).

Bank financing grated to Pampa, which originally was for up to an amount of US$700 million and was increased to up to US$750 million approximately, as Crédit Agricole Corporate and Investment Bank and Banco Hipotecario have joined the syndicate granting the borrowing (the ‘Syndicate Loan’). However, as a result of the Sale of TGS aforementioned and said proceeds used to fund the Transaction, the committed amounts in relation the Syndicate Loan were reduced by US$150 million approximately, being the Syndicate Loan’s final amount of approximately US$600 million; and third party financing for US$225 million, of which US$140 million are from YPF and US$85 million from a loan granted by Petrolera Pampa.

Finally, and as was informed to the market, the Company promoted and made, in accordance with the provisions of sections 87 et seq. of Capital Markets Law No. 26,831 and the applicable rules of the Comisión Nacional de Valores (Securities Commission or ‘CNV’), a mandatory cash tender offer and a public offering for the voluntary exchange of shares (the ‘Offerings’) addressed to all shareholders holding Class ‘B’ book-entry ordinary shares, of one peso nominal amount each and entitled to one vote per share, currently issued and outstanding of TGS Argentina, which Offerings have not yet been approved by the CNV. The Company is currently in the process of complying with all requirements made by the CNV, as the controlling authority of the Offerings, in order to be able to consummate them as soon as possible.

In that sense, the Company informs that, in order to pass on the global price of the Transaction to the price per share of TGS Argentina to be paid in the Mandatory Tender Offer launched by Pampa on May 20, 2016, the amount of US$897,163,212 minus approximately US$2.5 million corresponding to the adjustment contemplated in the preceding paragraph, must be divided for the total shares of TGS Argentina held by Petrobras Participaciones of 1,356,791,556 Class B shares, which implies, indirectly, a purchase price of US$0.659 per share, which once converted into pesos at the ask exchange rate published by Banco Nación Argentina at the close of business of today, amounts to $10.02 per share of TGS Argentina.

In the event the financing provided by the syndicate banks were not enough to cover the payment to the minority shareholders of TGS Argentina S.A. that agreed to participate in the public cash tender offering and if only at the request of the Company, certain controlling shareholders of Pampa will provide financing for up to US$25 million through a vehicle controlled by them. The latter, as a related party transaction, was considered by the Audit Committee of the Company to grant its opinion under the terms of Article 72 of Law No. 26,831. Upon its review, the Committee considered that the transaction is reasonably framed within normal and usual market conditions.