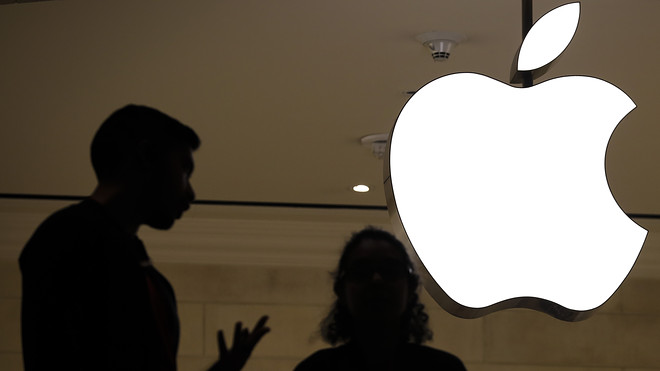 Following its strong opening bell in London on Monday, Apple’s stock sold off following a negative note from Goldman Sachs analysts suggesting that the iPhone maker could see disappointing sales of the iPhone XR. Also, after jumping from under $150 to over $177 per share last month, Apple stock has fallen back below $160.

However, Wednesday’s trading may be driven more by the trade war tensions as Amazon shares are down fractionally and Boeing stock is down more than one percent.

The DJIA has been trading above 27,000 points for 14 straight sessions for a second-straight all-time record.

The Dow is up 11.9% year-to-date, following a 10.3% rise in the first quarter, the strongest first quarter performance since the end of the global financial crisis in 2010.

Most stocks are lower in early trading as investors brace for Apple and Amazon, but it appears that the Dow and S&P 500 should remain at new highs throughout the day, and should hit record closing prices for the first time ever if the markets advance through the day.