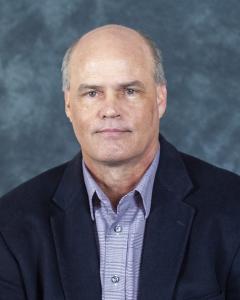 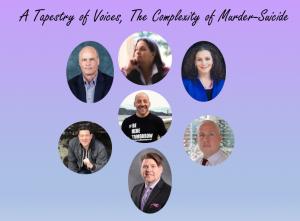 The “voices” of the Complexity of Murder-Suicide

Suicide Prevention: The psychology, the trauma, the survivors, the media, the stigma, the methodology & safety.

Murder-suicides are profound tragedies. I have attempted a dispassionate understanding of why murder-suicides occur, to better position ourselves to prevent them.”
— Dr. Thomas Joiner

TAUNTON, MA, UNITED STATES, May 4, 2021 /EINPresswire.com/ — The United States is still reeling from the trauma of mass shootings. Within that violence were a number of murder-suicides that left too many voices still unheard, too many stories still untold, and too many families buried under neighborhood, community and national prejudice, discrimination and judgement. It’s long past time to bring this public health issue out of the shadows and shatter that taboo laden silence. Talk saves lives, so let’s talk.

On May 6th, 2021, Dr. Thomas Joiner, the Robert O. Lawton Distinguished Professor in the Department of Psychology at Florida State University (FSU) and author of “Why People Die by Suicide” (2005), will kick-off an 8-part series with a 2-hour live webinar at 3:00 pm EDT, titled, “The Psychology of Murder-Suicide.” This multiple part educational series will stretch across May and June. Dr. Joiner will draw on the knowledge learned developing his 2014 publication. “The Perversion of Virtue: Understanding Murder-Suicide” and data gathered since then. Dr. Joiner’s work is on the psychology, neurobiology, and treatment of suicidal behavior and related conditions; work that has brought to him countless lifetime achievement awards.

Joiner noted that, “Murder-suicides are profound tragedies. Though objectivity can be a challenge for a topic of this gravity, I have nonetheless attempted a dispassionate understanding of why murder-suicides occur, so as to better position ourselves to prevent them.” And Dr. Joiner’s live webinar launches a campaign with an eclectic group of presenters that creates a tapestry of voices that reflect a comprehensive overview of how not just the immediate family, but entire communities are impacted by a murder-suicide.

More importantly, recovery and healing resources will be presented and discussed by Stephanie Willard on May 21 with her 2-hour live webinar, “Effect on a Family and the Ripples Beyond: A Unique Perspective after a Murder- Suicide.” And this series has three livestreams to address various levels of trauma with Dr. Kathleen carterMartinez on May 15, June 10 & June 24. In addition, Eric Kussin and Dr. Bart Andrews will engage in a one-hour livestream on May 27th to discuss the role of science and a lived experience perspective with media, messaging and truth related to murder-suicide – “Why the Media’s Portrayal of Murder-Suicides is Setting the Convo Back: A Conversation.” They will be followed on June 4th by Dr. Mike Anestis. In a 2-hour live webinar, Dr. Anestis will clarify how and why firearms play a central role in firearm suicide, learning more about how firearms increase the risk for suicide and then what we can do to decrease that risk.

Kevin Hines is an award-winning brain/mental health and suicide prevention activist, entrepreneur, multiple award-winning filmmaker, best-selling author, international educator and speaker who reaches audiences with his story of an unlikely survival and his strong will to live. On June 7th, Kevin will host a 90-minute livestream roundtable conversation with all of the series’ “voices” to engage in hoped for takeaways for the audiences and identify areas of action and next steps to tear down the barriers of judgement around murder-suicide and marginalization of the families impacted. We must do better. Suicide prevention is everyone’s business. We must bring this public health topic out of the whispering shadows of discrimination and prejudice (aka stigma) into the light to save lives. To achieve that goal, we need more people willing to step up and join the conversation. Please join us.

To register for Dr. Joiner’s webinar (there is a modest fee): http://www.avoiceatthetable.org/store.html

For more details on the additional webinars and livestreams:
http://www.avoiceatthetable.org/tapestryofvoices.html

This project is a collaboration between the Impacted Family & Friends Division of the American Association of Suicidology (AAS) and A Voice at the Table, a grassroots movement for families impacted by the suicidal experiences of loved ones. Producers are Annemarie Matulis and Tracey Medeiros.

For the Media: Responsible reporting on suicide, including stories of hope and resilience, can prevent more suicides. Please visit the Suicide Reporting Recommendations for more information.

About A Voice at the Table: A Voice at the Table http://www.avoiceatthetable.org/index.html was founded in 2014 as a companion to the documentary, A Voice at the Table https://vimeo.com/92330799 – A call to action to bring the lived experience voices of suicide attempt survivors to all tables within suicide prevention, intervention and postvention. As a grassroots movement, it has since expanded and become the national “home base” forum for the family & friends emotionally impacted & traumatized by the suicidal experiences of loved ones. A movement: a group of people working together to advance their shared ideas. A forum: a place, meeting or medium where ideas and views on a particular concern can be exchanged, in this case, nationally and internationally. For more information: director@avoiceatthetable.org

Annemarie Matulis
A Voice at the Table
+1 5089227278
email us here
Visit us on social media:
Facebook
Twitter
LinkedIn