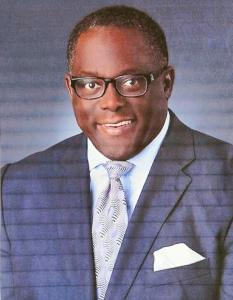 Mr. Robinson invented Flossay™ to assist people with their dental hygiene needs on a global scale. Mr. Robinson stated, “Flossay™ will revolutionize the Dental Industry for generations to come.” Top Toothpaste Manufacturers had numerous communications with Mr. Robinson regarding his invention –Flossay™.

According to (2013) lead study from the National Institute of Health (NIH) “flossing significantly improved gum health and slowed the progression of risk factors for heart disease, stroke, and death.” Mr. Robinson believes that Flossay™ will play a pivotal role in preventing gum disease which could alleviate some of the risk factors mentioned in the (NIH) study.

Moreover, Mr. Robinson’s Financial Advisor conducted a diligent market research investigation and he evaluated Flossay™ to be worth approximately 8.2 Billion in the global marketplace. Mr. Robinson’s Intellectual Property Attorney has already filed the proper patent applications for Flossay™ and he hopes to have it in the marketplace soon.