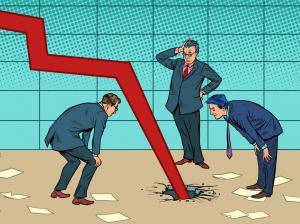 JERSEY CITY, NEW JERSEY, UNITED STATES, July 13, 2021 /EINPresswire.com/ — Some pundits make portfolio management seem like a no-brainer. Just hold your winners and sell your losers, they say. But there are times when selling a losing stock is a very bad idea which will leave you filled with regret. Here is how to know when to sell and when to continue to hold:

1) Think twice about selling a stock you’ve owned less than six months, unless there’s been a fundamental change in the company’s prospects. It’s impossible to jump into a stock at exactly the right moment, unless you’re extremely lucky. Just because your stock declines a bit more after you buy it doesn’t mean you’re wrong about the company. The momentum that is working against you in the short term will rally to your favor if you’ve selected wisely. If you did it right, you put a lot of work into selecting that stock, so make sure it’s a mistake before you hit the sell button.

2) Try to avoid selling during a panic, rout, or market malaise unless you think your company is headed for bankruptcy. This will happen very seldom if you make a point of selecting companies with low debt and good cash flow in the first place. Occasionally, however, you’ll be dead wrong about a company’s prospects. It happens to everyone sooner or later, and when it does, even a company whose balance sheet looked great can start swirling toward the drain. When you’re not dealing with incipient bankruptcy, however, selling during a slump can be a big mistake. When the market recovers, it tends to lift the prices of even your biggest laggards. It just makes sense to use the slumps for buying and the high points for selling whenever possible.

3) Don’t sell just because some talking head or internet pundit dislikes your stock. Do a little research and you’ll find someone else who’ll say exactly the opposite. Do plenty of reading and decide who makes the stronger arguments before you buy in the first place. Once you’ve bought, don’t sell just because someone disagrees with your decision. For any widely held stock, you can find a dozen commenters who think it’s great, and a dozen who think it’s poison.

4) Remember that stocks go up more than they go down. The last decade notwithstanding, stocks have always outperformed other investments in the broader scheme of things. When you’re uncertain about a company, you’re often better off being in than out, especially if the market’s recovering from a dip.

5) Before you dump a loser, always check the fundamentals. A pristine balance sheet means a company can endure a slow economy and a number of setbacks and still come out a winner. If your company is a cyclical, look at its history and see how widely it has swung in the past before deciding it’s down for good.

6) If you want to keep the money in the market, line up your replacement. Selling a losing investment may be wise if you have a better idea. A surefire winner is a better investment than a laggard, but determining which is which is not always as easy as you’d think. The studies on portfolio management show that most investors would have been better off doing nothing than to make the moves they made. Always keep that in mind before you do a lot of portfolio juggling.

7) Don’t forget about reversion to the mean. This principle states that stock prices tend to swing back toward the middle over time. This means that an outperformer may slow down, and the stock that’s been in the dumps may take off like a rocket. This is why selling your losers and holding your winners sometimes backfires.

8) Remember that stocks have momentum—until they don’t. The stock that has gone high will go higher, and the stock that’s dropping will keep sinking, or so they say. Entire investing systems are based on this idea. The problem is it doesn’t always work. Sooner or later, stock motions reverse themselves. If you’re the poor fool who buys just before a winner starts to sink back down, you’ll find this system unsuccessful. In contrast, buying just before a loser turns around can be a great idea—assuming you don’t let yourself get scared out of it before the upswing happens.

Conclusion
Managing your portfolio for maximum profit requires a better strategy than just holding your winners and selling your losers. Don’t let yourself be talked out of a quality company by a temporary slump. The market always recognizes good companies sooner or later. Make sure you’re there when it happens.