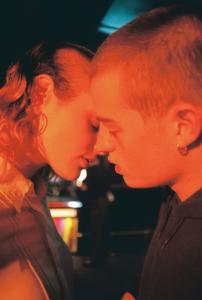 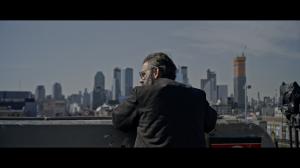 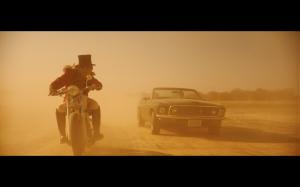 The clear reason why I make this film is to tell the search for the spectacle of life, which we often lose after years of a relationship.”
— Juan Ros, filmmaker

NEW YORK CITY, NEW YORK, UNITED STATES, June 5, 2021 /EINPresswire.com/ — The NYC Independent Film Festival is once again paying a lot of attention to short films this year. As in previous editions, various evenings have been set aside for special shorts programs during the festival. Blocks in which you can view various narrative shorts in succession and chat with the makers.
A selection from the extensive range of narrative shorts at the NYCindieFF.

A REAL JOB by Nicole Romero is a powerful story with good rhythm and a very promising young actress. Valentina Valencia plays 13- year old Mia, who just wants to fit in and walk home with the cool girls at school, but with ICE Raids taking over her neighborhood, she is stuck walking home with her paranoid mother. This short film has been complimented on various sides for its realism and credibility.

AMEND by New York based filmmaker John Patrick Hayden is a story about the power of rediscovering hope through trying to help others, and the way we are all woven together to help each other do that. It’s a dark and dense story with great actors. The sound design helps to create some suspense without over-flooding the diegetic atmosphere sounds.

‘808’ follows Mars, a young woman with a strong sense of self, and a connection to the past. When she is hired to work at a content moderation office she meets Jay, an employee who has become desensitized by their profession. Mars is part of an underground subculture that challenges societal norms by endorsing connection and emotion through music and intimacy. The film shows the difficulty of an encounter between a young woman and a young man outside the usual social patterns, emblematic of the contradictions of a dystopian and indifferent society.

ALLAN ELLEN is a Spanish film, although the looks of it seem like a western or road movie. Allan and Ellen are living a serious crisis in their life after many years together. Through their subconscious they will travel together to a desert, in which they will face their fears with the intention of recovering the love they have lost. Filmmaker Juan Ros: ,,The clear reason why I make this film is to tell the search for the spectacle of life, which we often lose after years of a relationship. This story is a song to love, the strength of a couple to solve their problems and not leave a relationship despite a crisis.”

Finally a special mention to MARGOT, a narrative short by New York filmmaker Gregory Abbey. The film is about Margot who doesn’t like sleepovers. Trying to fall asleep has always caused her anxiety, so any night away from home can be terrifying . And now it’s a party with 5 of her best friends who are all about to go their separate ways for high school. Will she survive the night? A touching and delicate story, with good acting and great cinematography.